2015 Marks Worst Year for Attacks on Hospitals in Syria 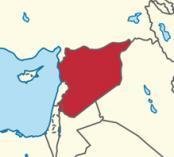 NEW YORK – This year has been the worst on record for attacks on medical facilities in Syria, with government forces responsible for most of the 112 attacks, Physicians for Human Rights (PHR) said today. The figure only includes attacks through November and represents a 25 percent increase over the previous high of 89 attacks in 2012.
“The Syrian government – and recently Russian forces – have been relentlessly attacking medical facilities in violation of international law and in defiance of any respect for humanity,” said Widney Brown, PHR’s director of programs. “Targeting the health system has compounded the crisis, caused many medical personnel to flee, and prevented countless civilians from getting treated. Even in war, there are rules that must be followed, but these war crimes have not slowed down.”
Between March 2011 and November 2015, there have been 336 attacks on 240 medical facilities, 90 percent of them committed by Syria and their allied forces. 2015 has been the worst year, followed by 89 attacks in 2012, 86 in 2014, 47 in 2013, and two in 2011.
From March 2011 through November 2015, 697 medical personnel have been killed, with Syria and their allied forces responsible for 95 percent of the deaths.
PHR has been tracking these findings in an interactive map, which includes photographic and video documentation of these crimes.
For a breakdown of the most recent findings: https://s3.amazonaws.com/PHR_syria_map/findings.pdf
This article was originally published on the Physicians for Human Rights website at http://physiciansforhumanrights.org/press/press-releases/2015-marks-worst-year-for-attacks-on-hospitals-in-syria.html.
Share to: