7 Experts to Watch on Health in Syria 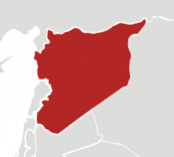 MORE THAN FIVE years into the war, the public health sector in many parts of Syria is on the brink.

Medical infrastructure, particularly in opposition-held areas of the country, has been crippled by frequent, targeted attacks. Medicines and critical provisions are in short supply. Few medical workers are left. In the city of Aleppo, World Health Organization representative Elizabeth Hoff told Syria Deeply, roughly 95 percent of doctors have either fled or been detained or killed since the beginning of the crisis.

The desperate shortages have not only affected the care for victims of war, but also affect millions of patients suffering from chronic diseases, like diabetes, asthma, cancer and kidney and heart diseases. The Syrian American Medical Society estimated in 2014 that at least 200,000 Syrians had died from chronic diseases since 2011.