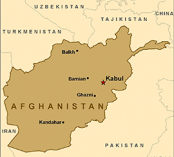 Physicians for Human Rights (PHR) is deeply concerned by the reported February 18 raid by Afghan forces on a health clinic funded by the Swedish Committee for Afghanistan (SCA) and the subsequent execution of three patients. Hospital and SCA staff have told investigators that Afghan Ministry of Interior Special Forces entered the clinic in Wardak Province and restrained medical personnel under the force of arms, after which they detained and removed two adult patients and a boy from the hospital. The SCA says the three were later summarily executed.

Denial of health care for the wounded and summary executions are clear violations of international human rights and humanitarian law. PHR calls upon the government of Afghanistan to respect the protected status of medical facilities, staff, and patients. Allegations of violations must be immediately and independently investigated, with a view to holding perpetrators criminally responsible.

“Doctors are ethically bound to treat any person in need of care, without bias. Security forces must respect this imperative,” said Widney Brown, director of programs at PHR. “It is unlawful to seize and summarily execute someone – let alone someone who is wounded or ill.”

International humanitarian law, in common Article 3 of all four Geneva Conventions, calls for civilians and members of the armed forces who are sick or detained to be treated humanely and without discrimination, and specifically prohibits violence to life and person, hostage-taking, outrages upon personal dignity, and extrajudicial executions. Common Article 3 also establishes an obligation to collect and care for the wounded and sick.

Further, the United States, the European Union, and individual European governments have, over the years, invested billions of dollars in training and equipping Afghan military and police forces. The international community therefore has a vested interest in ensuring its funding is not being used to train and support security forces that engage in criminal behavior, and it should demand a full and independent investigation of this incident.

This article originally appears on the PHR website: http://physiciansforhumanrights.org/press/press-releases/afghanistan-must-stop-interfering-with-medical-care-and-protect-facilities-and-patients.html?referrer=https://t.co/08ivq3JmDm#sthash.8l8z386X.dpuf