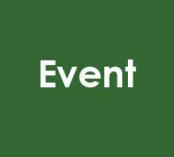 On Tuesday, November 3, 2015, the American Public Health Association will hold a panel presentation, Practicing Health Care in Situations of Violence, at its annual meeting in Chicago, Illinois. The event will take place from 10:30 am - 12:00 pm in room W471b of the McCormick Place Convention Center. Two organizational members of the Safeguarding Health in Conflict Coalition will present.

The Safeguarding Health in Conflict Coalition includes over 30 organizations who share a commitment to the protection of health workers, services, and infrastructure during war or civil unrest. From January 2014 to March 2015, attacks on and interference with health care services occurred in 20 countries. According to the International Federation of the Red Cross there have been 2,300 reports of violence or threats of violence against health workers since 2012.

The session will focus on the challenges of practicing health care in volatile environments, especially during armed conflict and political violence. Panelists will address the following :

Leonard Rubenstein, chair of the coalition, organized the event. Amy Hagopian of the University of Washington will moderate.

Susannah Sirkin of Physicians for Human Rights, a coalition steering committee member, will represent the coalition. Sirin will present on steps necessary to protect health care, including strengthening norms, systematic data collection on attacks on health care, monitoring and reporting of incidents, and accountability. Zaher Sahloul of the Syrian American Medical Society, also a coalition steering committee member, will describe the experience of providing health care during the Syrian conflict and the ways in which the Syrian American Medical Society seeks to meet medical needs.

Xavier Crombe of Medicines Sans Frontiers, Christopher Daniell of the International Committee of the Red Cross, and Dilshad Jaff of the Gillings School of Global Public Health, University of North Carolina will also speak.