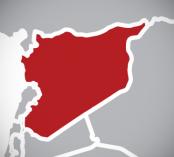 Rights group Amnesty International has accused the Syrian government and Russian forces of deliberately targeting hospitals as a strategy of war in Syria's conflict. It says the attacks amount to war crimes.

Amnesty International said in a report released Thursday it had "compelling evidence" of at least six attacks on medical facilities in Aleppo, northern Syria, over the past three months.

"Russian and Syrian government forces appear to have deliberately and systematically targeted hospitals and other medical facilities… to pave the way for ground forces to advance on northern Aleppo," Amnesty said in the report.

It said strikes on hospitals had intensified during recent negotiations on a ceasefire in Syria.

"But what is truly egregious is that wiping out hospitals appears to have become part of their military strategy," Hassan said.

In one instance on December 25, several missiles struck Baghdad Hospital in Hreitan, north of Aleppo City, killing a medical worker and injuring around 30 patients and staff, Amnesty said.

The group also quoted a doctor from Anadan, close to Aleppo, as saying most residents had cleared off by mid-February after attacks on the city's field hospital and medical center.

Monitoring group Physicians for Human Rights has documented 346 attacks against medical facilities in the course of the Syrian conflict. It said the bulk of attacks were conducted by Syrian or Russian forces. Moscow denies targeting civilians in its Syria campaign, as does Syrian President Bashar al-Assad.

The full article continues on the Deutsche Welle (DW) website at http://www.dw.com/en/amnesty-russian-syrian-forces-target-hospitals/a-19089640.