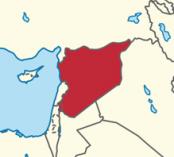 Deliberate attacks on hospitals and health care professionals in Syria persist despite three United Nations resolutions aimed at protecting civilians and new hopes of relief following recent international pledges of aid to Syrians in need, according to an online map of attacks on health Physicians for Human Rights (PHR) updated today.

PHR’s interactive map tracking these violations of International Humanitarian Law (IHL) documents the unlawful killing of 615 medical personnel and 242 illegal attacks on 187 medical facilities throughout the country since March 2011. Of these attacks, at least 36 were carried out with barrel bombs. PHR has found that government forces are responsible for 88 percent of attacks on medical facilities – including the 36 attacks with barrel bombs – and 97 percent of medical personnel deaths – including 141 deaths by torture and execution.

“In 2014 alone, on average, a medical worker was killed every other day in Syria, and a hospital was bombed or shelled every four days,” said Erin Gallagher, PHR’s director of investigations. “Syrians remain under siege as U.N. resolutions are ignored, and thousands of Syrians have nowhere to turn for health care.”

PHR documented the first attack on a hospital by forces from the international coalition on March 6. A missile launched from a coalition airplane hit Aisha Hospital in Abu Kamal, on the border with Iraq. The missile destroyed the hospital’s generator, severely damaged the neo-natal unit, and killed at least four civilians, including a woman and two infants. Although reports indicate that the coalition forces were likely aiming at an Islamic State (IS) location next to the hospital, no precautions were made to protect the hospital and no advanced warning was given to the patients or medical staff inside, as IHL mandates.