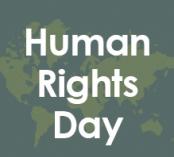 A doctor’s job is to save lives. But in Syria, Dr. Sohail (not his real name) is one of many health workers targeted for doing just that. Charged by the government for treating injured protesters, he was imprisoned, blindfolded, and threatened. Upon his release, he heard that his assassination had been ordered. Then the army looted and burned down one hospital where he worked.

More than half of all hospitals in the country have been attacked by Syrian forces, and over a third are no longer functional. Physicians for Human Rights has recorded 578 health workers killed.

The situation is Syria is not unique. The International Committee of the Red Cross (ICRC) reported 1,800 violent incidents against health services in 23 countries in 2012 and 2013 alone.

Attacks on health workers, facilities, and patients violate the Geneva Conventions and international human rights law. How can we protect the human rights of those who give impartial care, and of those who desperately need it?

Last month I joined a gathering of the diplomatic, global health, and humanitarian communities to discuss United Nations leadership for protecting access to health care. The UN Global Health and Foreign Policy Group is proposing a resolution to the UN General Assembly focused on ensuring the safety of health workers in conflict and emergency situations.

“Not a day goes by without news of a hospital attacked,” said Stéphane Bonamy of the ICRC. “The fact that health care is targeted is increasingly perceived as a way to deprive the enemy of its resources—this denies the human character of the wounded and the capacity of medical staff to provide impartial care.” Over the long term, he continued, we see “the disintegration of the entire health system, which can wipe out years of efforts to reduce child mortality, improve maternal health, [and eradicate] polio in a matter of days. Raising awareness is not sufficient. We must reaffirm the consensus around humanity.”

In Syria, polio was eradicated in 1999, but last year marked the reemergence of the deadly disease.

Dr. Sohail said the Syrian government’s actions only spurred him to keep doing his job. “Each arrest gave me the power and energy to stay put and do more to achieve dignity and freedom,” he told Physicians for Human Rights. But in the end, he was forced to flee. Just yesterday NBC Chicago reported that as most doctors have left the country, the people left behind to staff underground hospitals “have no prior medical training. They are farmers, teenagers, normal people trying to save lives.”

This year, in support of International Human Rights Day, UN Secretary-General Ban Ki-moon said States must honor “their obligation to protect human rights every day of the year. I call on people to hold their governments to account.“

To that end, join me in supporting the proposed UN General Assembly resolution, which urges States to take immediate steps to ensure health workers in all countries are protected from violence, and demands respect for provisions of medical ethics and human rights law.

Sarah Dwyer is a communications manager at IntraHealth International, which is a steering committee member of the Safeguarding Health in Conflict Coalition. The coalition includes over 30 organizations that share a commitment to promoting the security of health workers and services threatened by war or civil unrest.