Beyond Belief: Health Care as a Weapon 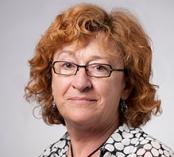 This week I took an online course offered by the International Committee of the Red Cross (ICRC) about health care responsibilities in times of conflict. I highly recommend it to anyone who wants to consider the ethics of being a health worker in a war situation in today’s disturbing reality of what war is. There is one especially harrowing and dramatic video clip in the course: it shows the 2009 graduation ceremony of a group of Somali doctors—the first to graduate in many years. And as we look at the young doctors, proud in their robes, there is an explosion that cuts off the speaker and the picture—and then the scene is one of bodies everywhere. At first I thought this clip was a contrived scene, done for dramatic effect, but I learned that this really happened and the clip was live footage. The commentary notes that not only was there senseless loss of life, but the impact will be felt for years, as many thousands of people will not get much needed medical care because the doctor who might have been in their clinic was killed.

For me, this incident graphically highlighted the callous targeting of health workers for reasons that are often unclear: graduating medical students were not even delivering care that could be said to be discriminatory. Attacks on health workers are frequently in the news—are they increasing or just more visible? The Aid Worker Security Database reports that in 1997 there were 35 attacks on aid workers, and in 2013 there were 264—a sevenfold increase. Not all aid workers are health workers, but the ICRC reported 1,809 incidents of violence against health workers, patients, ambulances, or medical facilities in 23 countries in 2012 and 2013.

Somewhat ironically, modern humanitarian work and international humanitarian law were born out of indignation over the fate of the war-wounded abandoned on the battlefield. The creation of the ICRC and the Geneva Conventions were outcomes of a general realization that humanity needed to be maintained even in wartime. Some of the most important principles enshrined in the Geneva Conventions include the impartial treatment of wounded no matter which side they are on, and the protection of medical facilities, including ambulances. Yet attacks on medical facilities and health workers continue to grow. While such attacks can never be justified, it is possible to discern how lines of battle become blurred in the theater of modern conflict, which is now more frequently internal, between political or religious factions rather than between two countries. Health workers may find it harder to gain community trust—an essential component of being safe. Health facilities may be used as a base for battles or to hide weapons or people, and health workers may be powerless to stop this.

The Safeguarding Health in Conflict Coalition was born out of concern for health workers who are attacked solely for doing their jobs and is one of many recent responses at an international level to draw attention to the need to protect health workers, including a UN resolution that calls on governments to protect their health workers. Indeed, this is vital, but is it enough? Surely it is a much deeper inhumanity that can carry out attacks on the sick and wounded and the people who care for them. Such failure of humanity cannot be changed merely through legislation or a call for accountability.

The five-year-old daughter of a friend recently asked her mother, “Where does the human race begin, Mum?” Her mother could not understand what she was asking, so her daughter clarified: “I want to be in the human race, Mum—where does it start?” What a great question! And isn’t this idea that we are all in the human race one that we should be promoting? Somehow the notion of humanity seems to have become devalued, seen as something that belongs to loony liberals or flower people. But why are we so afraid of acknowledging the humanness that lies behind every kind deed, and behind every caring consultation with a health worker?

The deep human response that is at the heart of what health workers do is hardly ever mentioned. It is hard to measure but so easy to discern when you are a patient. The response of the international community to violence against health workers is, in my view, a muted one. We should be much louder in our cry of “beyond belief,” much faster to step up and require political accountability for such actions, and much less tolerant of inhumanity, no matter how that stance may affect our political alliances.

Mark Twain said, “It is curious that physical courage should be so common in the world and moral courage so rare.” Health workers are brave. Do we have the moral courage to stand up for their rights?