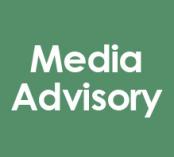 WASHINGTON, DC – The United States and the international community should take immediate steps to respond to reports of the largest scale usage of chemical weapons in Syria, a group of civil society leaders said today.

Numerous reports have indicated that coordinated chemical weapons attacks occurred on Wednesday, August 21, 2013 in the East Ghuta area of the Damascus suburbs in Syria, reportedly killing up to 1300 and injuring tens of thousands more. Reports indicate that 50% of those affected were women and children. Humanitarian organizations have been unable to access the affected areas, and reports indicate that hundreds more are still unaccounted for, since many of the victims were sleeping when the attacks occurred and may have died in their sleep.

The conflict in Syria, now in its third year, has taken over 100,000 lives and displaced nearly a third of the Syrian population. Tuesday’s events represent the most dramatic escalation of violence in a single day since the conflict began.

"This horrific escalation of violence is the realization of our fears,” said Dr. George Netto of the Syrian American Medical Society. “After countless pleas and warnings for the international community to take action before it is too late, the unimaginable has happened. Can you imagine what it feels like to be a doctor watching a child suffocate, and to have absolutely no way to assist her? Our colleagues inside Syria witnessed the deaths of hundreds in a single evening. Syrians have been brutalized enough, and we cannot stand by and watch them perish. This unrelenting and escalating violence must end.”

The organizations strongly condemned the horrific attacks that killed more than a thousand people and injured tens of thousands more in the Damascus suburban area of Syria on Tuesday, and proposed immediate steps to be taken by the international community in response.

The coalition called for the United Nations to amend the mandate of the chemical weapons investigation team, which is currently in Damascus, so that they can immediately investigate these attacks. They called upon all parties to the conflict to allow immediate safe passage to humanitarian actors to the affected areas to provide critical assistance, and additional funding and support for the communities in the impacted areas. They demanded the complete cessation of the use of chemical warfare in Syria and the targeting of civilians, and the referral of responsible parties for international criminal investigation. And they urged the United States and other major donor countries to send personal protective equipment and antidotes to the physicians and first responders to protect against future attacks.

And the organizations demanded that the international community to find a resolution to the conflict.

“We have been in constant communication with our colleagues inside Syria since they reported the attacks, and there is widespread panic. The international community may be able to put off responding for a day or a week, or a few months, but that is a luxury that Syrians do not have,” said Dr. George Netto. “For them, there may be no tomorrow. No amount of humanitarian assistance will make up for a lack of the will to act by the international community to end the conflict.”