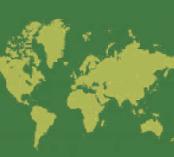 In his video message Ban Ki-Moon, Secretary-General of the United Nations, said that civil society brought vital issues to attention, helped make the case for stronger protection of human rights and pushed for more equal societies.  They mobilized actions to address violations and many risked their own lives.  Civil society actors had to be able to do their work freely, independently, safe from fear, retaliation or intimidation.

Flavia Pansieri, Deputy High Commissioner for Human Rights, said that the extent to which people contributed to and monitored decisions that affected their lives was a fundamental indicator of the extent to which they enjoyed their human rights.  Expressions of civil society fostered civic virtues and awareness of human rights.  Those actors helped persons develop political consciousness and skills, as well as knowledge of their rights and duties.

Moderating the panel discussion was Hina Jilani, prominent human rights lawyer and pro-democracy campaigner; the panellists were Safak Pavey, member of the Committee on the Rights of Persons with Disabilities; Frank La Rue, Special Rapporteur on the promotion and protection of the right to freedom of opinion and expression; Deeyah Khan, film, music and arts producer; and Mokhtar Trifi, Honorary President, Tunisian League for Human Rights.

Hina Jilani, prominent human rights lawyer and pro-democracy campaigner, acting as moderator of the panel discussion, welcomed the Council’s interest in expanding civil society space which it had to acknowledge was thanks to civil society’s concerted work.  No notion of international community was complete without the recognition that civil society was very much a part of it.

Safak Pavey, member of the Committee on the Rights of Persons with Disabilities, said the most tragic aspect of the shrinking space of the civil society was the targeting of humanitarian aid and health workers in war zones while providing care [emphasis added by the Safeguarding Health in Conflict Coalition]. Creating a collective platform between society and State or among societal groups appeared to be challenging, but civil society made a powerful impact in cultural transformation towards participatory democracy.

The full article continues at http://www.ohchr.org/EN/NewsEvents/Pages/DisplayNews.aspx?NewsID=14356&LangID=E on the United Nations Human Rights website.