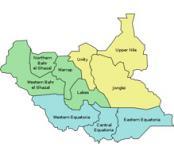 United Nations humanitarian officials in Sudan have strongly condemned an attack carried out against health workers who were returning from a routine mission in West Darfur.

On Tuesday, unidentified gunmen ambushed a vehicle about 40 kilometres from Geneina in Kreinik locality which was carrying two health ministry staff and a doctor from the World Health Organization (WHO). The three health workers were unharmed, but the driver and a security official were killed in the attack. The assailants then stole the vehicle and fled the scene.

“Insecurity continues to hamper the operations of courageous humanitarian workers in Darfur, as demonstrated by Tuesday’s violent act,” said the UN Resident and Humanitarian Coordinator in Sudan, Marta Ruedas, as she condemned the attack.

“Over 2.5 million vulnerable people in Darfur need some form of humanitarian assistance, yet humanitarian workers are confronted by danger on a daily basis,” she added in a news release.

Also deploring the attack was Dr. Naeema Hassan al-Gaseer, WHO Representative in Sudan. “Health services are a pivotal part of all humanitarian work, and we will continue to work tirelessly to provide this basic right to the most vulnerable people in Sudan,” she stated.

The health ministry and WHO representatives were working on an ongoing assessment throughout Darfur to ascertain whether guinea-worm disease (dracunculiasis) is still present in Sudan.

WHO is currently carrying out random sampling at health facilities and in villages to assess the presence of the parasitic disease, with a view to certifying Sudan as dracunculiasis-free. WHO is the only organization mandated to certify countries as free of the disease.

Kreinik locality hosts about 80,000 displaced people, in three main camps. It is one of the localities in West Darfur with the greatest humanitarian needs and many humanitarian organisations travel frequently to the area.

Since January 2015 there have been 131 security incidents in Darfur that have affected humanitarian workers and peacekeepers, including abductions, armed attacks, carjackings and crime.

This article was originally published on the United Nations site at http://www.un.org/apps/news/story.asp?NewsID=51842#.VglDwflVhBf.