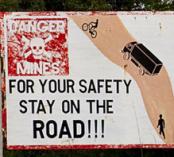 On May 11, the Center for Strategic and International Studies (CSIS) hosted a panel discussion on The Protection of Health Care in Armed and Civil Conflict in Washington, DC. The panel featured Ambassador Jimmy Kolker, principal deputy director of the Office of Global Affairs, US Department of Health and Human Services; Leonard Rubenstein, senior scholar at the Johns Hopkins Bloomberg School of Public Health and a member of the Safeguarding Health in Conflict coalition; and Dr. Mark Steinbeck, health delegate and detention doctor for the International Committee of the Red Cross (ICRC). The panel was moderated by Stephen Morrison, director of CSIS’s Global Health Policy Center.

Panelists discussed the work being done by the ICRC, US Government, and civil society groups such as the Safeguarding Health in Conflict coalition to protect health workers, health services, and infrastructure in armed conflict zones.

In times of conflict “health care is never more needed—but never more vulnerable,” said Rubenstein. He noted that there are four key objectives to accomplish. First, establish medical neutrality not just as law but as a societal norm at the international and national level. Second, collect and disseminate data on attacks on health services, both to generate and inform immediate response and to understand motives and dynamics of attacks. Third, develop strategies to prevent attacks and protect health workers, facilities, and patients in conflict situations. Fourth, assure accountability of the perpetrators. He added that the threat of violence in health facilities is as significant a problem as actual violence, since in situations of insecurity those in need of care are fearful of seeking treatment.

Dr. Steinbeck spoke about the role of the ICRC, including its Health Care in Danger study as well as its upcoming workshops on best military practices for protecting health care in conflict, in collaboration with the US Department of Defense and other governments.

Ambassador Kolker emphasized that the US Government supports protection of health care in conflict and is working to accomplish this goal. He noted that the Obama Administration is including reporting of attacks against health workers and facilities in the State Department’s annual human rights reports.

All three speakers expressed hope that the provisional agenda item on “WHO’s response, and role as the health cluster lead, in meeting the growing demands of health in humanitarian emergencies” will pass as a resolution at the 65th World Health Assembly in Geneva, which begins on May 21st. This initiative stems from a resolution the World Health Organization’s Executive Board passed earlier this year, calling on the WHO Director General “to provide leadership at the global level in developing methods for systematic collection and dissemination of data on attacks on health facilities, health workers, health transports, and patients in complex humanitarian emergencies […].”