Dispatches: Taking Care of the Caregivers 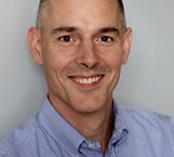 In early December, the United Nations General Assembly passed a resolution on “global health and foreign policy.” As the title suggests, it was a bit of a grab bag, covering issues such as vaccines, strengthening health systems, and Ebola. But the resolution also included the General Assembly’s strongest statement yet on the issue of attacks on health workers, facilities, and patients, and called on governments to act to ensure health workers and patients are safe and facilities protected from attack.

Over the past few years, the frequency and severity of attacks on health workers, patients, hospitals, and clinics have increased. In Bahrain and Turkey, authorities have arrested health workers for providing care to individuals protesting government policies. Twenty-five health workers in Nigeria and at least 40 in Pakistan have been killed in 2014; most were polio vaccinators. In Syria, Physicians for Human Rights has documented more than 200 deliberate attacks on medical facilities and more than 575 deaths of medical professionals since the start of the conflict – most by government forces. In September, health workers in Guinea responding to the Ebola outbreak were killed by local residents and their bodies dumped in a latrine.

Although the General Assembly has previously addressed the need to protect humanitarian aid workers, this is the first time it has called attention to the problem of attacks on health workers in all settings – including those practicing locally and in places not identified as conflict settings. The resolution also reaffirms the important role the World Health Organization, the United Nations, nongovernmental organizations, and other actors can play in systematically collecting data on attacks.

Attacking health workers, patients, and facilities violates the right to health and other human rights, and during wartime violates international humanitarian law. A General Assembly resolution is a good start, but to combat these attacks, there needs to be a broader respect for health workers and access to health care. Countries can enact legal protections for health workers, repeal laws criminalizing the work of doctors and nurses providing health care to “unauthorized” individuals, and provide greater accountability for those responsible for attacks.

Attacks against health workers and facilities undermine often already fragile health systems. Expanding vaccination coverage, strengthening health systems, addressing Ebola – all of the varied priorities mentioned in the UN resolution – depend upon the safety of health workers, and protecting access to health care for all.

Joseph Amon is Director, Health and Human Rights , at Human Rights Watch, which is a steering committee member of the Safeguarding Health in Conflict Coalition. The original post appears on Human Rights Watch’s website at http://www.hrw.org/news/2014/12/17/dispatches-taking-care-caregivers.