Dispatches: When Hospitals Are Attacked 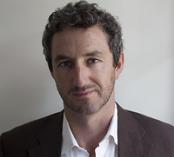 A few days ago, after the failed coup attempt in Burundi, a group of police officers loyal to President Pierre Nkurunziza went to Bumerec hospital in Bujumbura, the capital. They were searching for wounded soldiers allegedly involved in the coup attempt. When they tried to force their way into the emergency room, there was an exchange of gunfire between the police and the soldiers.

After searching the hospital, the police left, taking with them two injured soldiers and a third who had been assisting them. The hospital corridors were pockmarked with bullet holes, and there was shattered glass and blood on the floor.

One health worker at Bumerec interviewed by Radio France Internationale said that the right of hospitals to treat all their patients “must be respected; otherwise we can be attacked and other hospitals as well.”

Attacks on health workers, patients, and health facilities are frighteningly common: according to a new global report by Human Rights Watch and the Safeguarding Health in Conflict Coalition, such attacks have occurred in at least 17 countries undergoing conflict and civil unrest since January 2014.

Over the past year armed groups have attacked hospitals, clinics, and health personnel 41 times in Afghanistan and deliberately killed over 45 health workers, primarily polio vaccinators, in Nigeria and Pakistan. In Syria, where medical facilities in Aleppo have been hit with government barrel bombs, 194 medical personnel have been killed and 104 medical facilities attacked since 2014.

Calculating the global number of attacks isn’t easy, and reports come from various sources: local news accounts, nongovernmental groups, government officials, and sometimes United Nations agencies. It’s hard to determine the recent and long-term trends. To address those problems, the World Health Assembly directed the World Health Organization two years ago to develop methods for collecting and disseminating information on attacks on health facilities and workers. That work has progressed slowly, but it needs to be rolled out and scaled up.

Monitoring attacks can help us better understand how widespread this problem is. But that’s only a first step. The UN, governments, and non-state armed groups need to do more to prevent attacks on health workers and facilities, and to make sure the attackers don’t get away unpunished.