Doctors Caught in the Crossfire in Northern Afghanistan 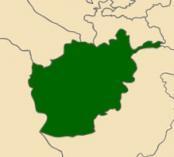 Heavy fighting between government militia and the Taliban has increased demand for doctors—and death threats.

Kunduz City, Afghanistan—The head of surgery at Azizullah Safar Regional Hospital scrolled through his phone to the anonymous message sent threatening his life.

"Dear Doctor and brother," the text message in Pashto language read. "You decided not to answer the Mujahideen phone call… As Aziz was killed, you will be killed in the same manner."

The sender was describing the assassination of Dr Azizullah Safar, also known as "Aziz". The mere mention of the physician's name conjures up fear among healthcare workers in Kunduz, a city about 250km north of the capital, Kabul.

In June 2010, Safar - then the director of the Kunduz regional hospital - was walking up the stairs to his private clinic when a bomb planted under the stairwell detonated. Safar was killed while a woman and child waiting to see him in his office were wounded.

An Afghan official at the time said arabaki, a Pashto term for a local militia, was behind the attack.

Niazi isn't the only one who has received threatening messages; many doctors, nurses, and administrators have had similar warnings.

Threats against healthcare professionals by armed groups were amplified on Monday after Taliban fighters raided a 200-bed hospital in the city following an early morning attack.

Heavy fighting has continued to consume the northern province, and hospitals have registered a significant increase of patients.

In May, the French NGO Doctors Without Borders (MSF) trauma centre in the heart of Kunduz City reported the number of war-wounded had more than doubled compared to the same period last year, from six percent to 14 percent.

The majority of victims suffered gunshot wounds or injuries from bomb blasts.

As in other parts of the country, the ever-shifting war front in Afghanistan's north is expanding. With increased fighting, a steady flow of new combatants is reshaping how doctors work by throwing them in the line of fire.

"All sides call us with demands, saying they must be accepted or the doctors will be killed," said Saad Mukhtar, Kunduz's public health director. "Doctors have no choice but to obey. We have become negotiators in this war.

The full article continues on the Al Jazeera website at http://www.aljazeera.com/indepth/features/2015/09/doctors-caught-crossfire-northern-afghanistan-150928103423433.html.