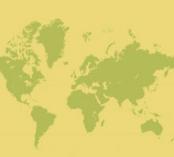 2014 was a distressing year for health care workers in conflict areas around the world, as attacks on medical professionals and facilities were carried out in numerous countries. As these attacks continue, they must be appropriately documented in order to increase available information, raise awareness, and find appropriate solutions that facilitate accountability and ultimately prevent future violence.
In the past year, polio vaccination teams in Afghanistan, Nigeria, and Pakistan have all been under threat. In Pakistan, these teams lost at least 42 people, including polio workers, UN staff, NGO personnel, and police escorts, between January and November 2014. An additional 18 people were injured and 19 kidnapped. Health care workers were also under attack in eastern Ukraine, Gaza, and regions of Iraq held by the self-declared Islamic State – all areas where hospitals have been bombed. In South Sudan and Central African Republic, medical facilities were looted and destroyed, and patients and civilians executed.
In a positive step – which reminded the international community just how appalling and widespread attacks against health care have been – the UN General Assembly passed a resolution in December calling for the protection of medical workers and facilities from violence. Among other recommendations, this call to member states and other concerned parties stresses cooperation and coordination between relevant institutions in efforts to collect “data on obstruction, threats and physical attacks on health workers.” While disturbing statistics on violations against medical workers surfaced in 2014, the numbers are likely underreported due to challenges in documentation and research. This resolution, therefore, comes at a crucial time and illustrates how multiple actors, ranging from local and national structures to international institutions, must work together in order to better document attacks.
The targeting of health care in Syria has reached egregious proportions as well. Physicians for Human Rights (PHR) has documented 86 attacks on 69 medical facilities and the deaths of 178 health care workers in 2014 alone. At PHR, a significant portion of our investigative work entails researching open source information on attacks on health care. Social media provides a lot of initial data on Syria, which informs our more in-depth research and corroboration of attacks. However, in Sub-Saharan Africa, reports on social media have been scarce, due to sparse access to technology.
Continue reading this post on the Physicians for Human Rights website.

Lea Pernot and Darren George are interns at Physicians for Human Rights.
Share to: