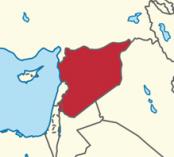 Dr. Sohail was detained by the Syrian government twice; he was targeted for his activism and for being a doctor who treated injured protesters.
Dr. Sohail has spent much of the Syrian conflict treating the injured free of charge. During one period of detention, government security officials told him that he must seek permission from them before treating anyone. The first time he was detained, Dr. Sohail was held for two weeks under the charge of treating injured demonstrators. The army came to his home, went through and seized some of his things, and arrested him along with many others from his town. He says that upon arriving at the prison, he and those arrested with him were beaten.
While he is thankful that he was not tortured during his detention, he recalls hearing the screams of others as they were tortured “day and night.” A friend of his, who worked for the government, spoke to the intelligence branch on his behalf and asked officers to go easy on him. After this, the officers isolated Dr. Sohail in a room, until they let him go.
The second time, Dr. Sohail was arrested at a military checkpoint. Among the many charges against him were organizing against the state and, once again, treating injured protesters. Military personnel saw blood stains in his car and accused him of transporting injured people, at which point Dr. Sohail admitted taking injured demonstrators to the hospital. That a doctor would need to “admit” to helping the injured get to a medical facility is just one example of the absurdity that Dr. Sohail faced in trying to do his job.
Full article continues at: http://physiciansforhumanrights.org/library/multimedia/syrian-doctors-dr-sohail.html
Share to: