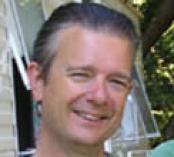 Anyone who reads a fair amount will know those lovely moments when one piece of writing arcs across to another. Synchronicity, happenstance, call it what you will. Recently a colleague suggested I read Timothy Snyder’s brief, possibly premonitory, On Tyranny. It is a compelling read, a brilliant historian’s condensed reflections on the usurpation of power by demagogues. As a historian of twentieth century Europe he knows of what he speaks. “History does not repeat itself,” he writes, “but it does instruct.”

On Tyranny is part warning, part self-help guide to resistance. Among his twenty admonitory lessons are: “Establish a private life;” “Believe in truth” and “Be kind to our language.” But the one that lit up for me was “Remember professional ethics.” Tyrants invariably try to eradicate civil society. There can be no independent source of value—or power—not subsumable to the leader’s will. Snyder had in mind the corruption of the legal and medical professions under Nazism. I am not suggesting he is a Nazi, but as we speak Erdoğan, the president of Turkey, is engaged in a war against the Turkish medical profession because, in treating victims of state violence, doctors treated patients according to need not political affiliation. As Snyder puts it, “Professions can create forms of ethical conversation that are impossible between a lonely individual and a distant government.” It is precisely this sort of conversation, and the values informing it, that tyranny seeks to crush.

At the same time—here’s the happenstance—I was sent a paper on criminalising healthcare, a collaboration between Johns Hopkins Center for Public Health and Human Rights, the University of Essex and Safeguarding Health in Conflict. The paper sets out the chilling effect of anti-terrorism legislation on the provision of healthcare globally. In country after country laws designed to manage terrorism risk sweeping up those who provide impartial medical care. We know that terrorism is serious. And that a primary task of government is to keep its citizens safe. But there is no necessary contradiction between safety and the impartial delivery of medical care—it is a line that can be intelligently walked. And it is worth being watchful here. As Snyder puts it in lesson 17, “Beware dangerous words”: Be alert to the use of the words “extremism” and “terrorism.” Be alive to the fatal notions of “emergency” and “exception.”

I do not want to cry wolf. Talk of tyranny from the comforts of a stable liberal democracy can feel like stage thunder. A few months ago though I was invited to Bosnia by the charity Remembering Srebrenica. I wrote about the experience here. Richard Vize, who was in the delegation, wrote a great feature for The BMJ. Among the many things I remember from that extraordinary trip was our host, Resad Trbonja, talking about being a teenager in Sarajevo just before the war. They simply did not believe that war could happen. Interfaith marriage was commonplace. Sarajevo was a tolerant, cosmopolitan capital. The ghosts of a fraught history were thought half-exorcised. And then Milosevic and other nationalist demagogues started their terrible war dances. This is not a bad time to read history and to ask what it might instruct. Think of it as a precaution.

Julian Sheather is ethics manager, BMA. The views he expresses in his opinion pieces are entirely his own.