Everyday Violence against Health Workers Takes a Toll—on Us All 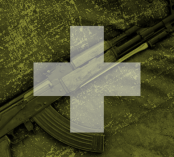 During September in Syria, there were 10 attacks on health care in 10 days. Air-to-surface missiles sought out and destroyed ambulances and hospitals and killed the people inside them.

I follow the news. I’d read the devastating report by the Safeguarding Health in Conflict Coalition. So I knew that catastrophic attacks like this have escalated and that, in fact, 2016 was the worst year on record for such violence. War is a dangerous time for health workers and their clients, despite the Geneva Convention’s ban on such crimes.

In some US states, nursing is more dangerous than being a police officer.

But I didn’t realize until last week at the Fourth Global Forum on Human Resources for Health the extent of everyday violence health workers face around the world. Slapping. Kicking. Pushing. Verbal abuse.

In some US states, nursing is more dangerous than being a police officer or a prison guard. In Spain, the problem was so widespread that the government created a national observatory for violence against health workers to collect data about the attacks. Media advocacy campaigns led to changes in the penal codes, so that attacks against health workers are now punished as severely as those against public servants.

In Pakistan, health workers have a surprisingly high tolerance for everyday abuse, said Lubna Baig, pro-vice chancellor of Jinnah Sindh Medical University, on Friday. She was the principal investigator in a 2015 study in Karachi, Pakistan, to pinpoint evidence-based strategies that prevent violence.

Pakistan has a big problem in this area, Baig said. Every day, health workers are being shot or kidnapped, vaccinators killed, ambulance drivers attacked. “That’s just the tip of the iceberg,” she said.

When the researchers talked to health workers in Karachi, they found that 66% of those interviewed had experienced or witnessed violence. Many are just used to it.

“They might say, ‘Abusive language and a little bit of pushing are no big deal,” Baig said, “‘but if I get a broken tooth, that’s not okay.’”

Of course, none of it is okay.

What’s the cost of this everyday violence against health workers? And how can we measure and manage it?

Collecting credible, unbiased data on violence against health in times of war is incredibly difficult (though a method in Syria highlighted in The Lancet this year is showing promising results). Everyday violence is even tougher to quantify. Baig estimates that over half of incidents go unreported.

But there are some methods that are proving effective in preventing it. In Pakistan, officials are seeing great results after developing training for physicians on how to deescalate violence, including how to sense when it’s coming. The training, Baig said, has improved health workers’ confidence and made them better able to deal with violence when it does happen.

“Why not consider after-action reviews when there are incidents of violence, to determine what happened leading up to it and what could have been done to deescalate it?” Barbara Stilwell, senior director of health workforce solutions at IntraHealth International, suggested on Friday at the forum. “The military does this, but we don’t tend to do it in the health sector. And what about mental health support for health workers who’ve been attacked?”

We know that, particularly in low-income countries where health worker shortages are most severe, the loss of even one health worker can leave thousands of people without health care. We lose too many health workers not only to catastrophic violence, but also to stress. Imagine being shoved by a stranger, spit on by a client, yelled at by the people you’re responsible for helping—day after day. It would be upsetting for anyone. And the quality of care they could provide would likely decline.

“This is a global problem,” Rudi Coninx of the World Health Organization said on Friday. “It’s here to stay. So we all have to work together solve it.”

Check out #HRHforum2017 and Global Health Writes for more on what happened at the forum last week.

The session “Health Care in Danger: How to Better Prepare and Protect Health Care Personnel?” was chaired by Giovanni Trambaiolo of the International Committee of the Red Cross and included presentations by Rudi Coninx of the World Health Organization, Juan Manuel Garrote of the Spanish Medical Association, and Lubna Baig of Jinnah Sindh Medical University.

IntraHealth International serves as the secretariat for the Safeguarding Health in Conflict Coalition, which collaborates with International Committee of the Red Cross’s Health in Danger campaign. Find out more about IntraHealth’s involvement at the Fourth Global Forum on Human Resources for Health.

This post was originally published by Global Health Writes.