France and Eleven other Countries Pledge to Protect Health Care 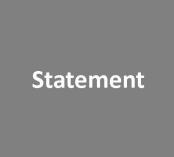 Today the Safeguarding Health in Conflict Coalition supported a declaration by France and eleven other UN member states to take concrete steps toward implementation of UN Security Council Resolution 2286 and protect health care in conflict.

“These steps are essential to realize the promise of Resolution 2286,” said Susannah Sirkin of Physicians for Human Rights, a coalition member, “Especially after 18 months of inaction at the Security Council.”

The Mission of France to the United Nations hosted a meeting of member states to discuss taking concrete measures to implement UN Security Council Resolution 2286. That resolution, adopted in May 2016, calls for the protection of health care workers and facilities globally, which have come under increasing attack in recent years.

The other governments—Spain, Italy, Japan, Kazakhstan, the Netherlands, Peru, Senegal, Switzerland, Uruguay, Canada, and Ukraine—endorsed the non-binding declaration to jumpstart the process of protecting health care workers and facilities.

The Safeguarding Health in Conflict Coalition welcomed France's strong call to action and the support of the governments that signed on. Regrettably, the United States and the United Kingdom, both in attendance and both permanent veto-wielding members of the Security Council, declined to sign today. The coalition urges them to sign the declaration, which represents action consistent with steps the Secretary General urged member states to take after the resolution was adopted.

Member states at the briefing strongly supported data collection and reporting on attacks on health; more robust training and deployment of military and other security forces to protect medical care in conflict; and the enforcement of effective accountability measures, which are currently non-existent. Several governments called for independent investigative mechanisms to impartially document attacks and identify perpetrators to hold them to account.

Sirkin represented the Safeguarding Health and Conflict Coalition at the meeting and circulated a list with eight concrete steps member states can take to implement Resolution 2286. These include an annual review by all member states of the resolution's failure and successes; the absolute prohibition of the criminalization of medical care; and a clear, accurate, and credible list in the Secretary General’s annual report on children and armed conflict, of perpetrators for grave violations of children’s rights, including attacks on hospitals and health care workers.

It is vital for the health and safety of health workers, as well as all the patients they serve, for member states to faithfully observe international humanitarian law and the Security Council's resolution.

The Safeguarding Health in Conflict Coalition is a group of more than 30 organizations working to protect health workers and services threatened by war or civil unrest. We have raised awareness of global attacks on health and pressed United Nations agencies for greater global action to protect the security of health care. We monitor attacks, strengthen universal norms of respect for the right to health, and demand accountability for perpetrators.