Health Care Is ‘Under Siege’ in SouthEastern Turkey: Report 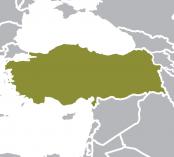 Turkish authorities have “deliberately and unlawfully imposed a virtual state of emergency” across southeastern Turkey over the past year, resulting in hundreds of civilian deaths as health care is increasingly difficult to access, according to Physicians for Human Rights.

In a report released on Tuesday, U.S.-based organization Physicians for Human Rights said a round-the-clock lockdown remains in some towns and cities in southeastern Turkey, home to the country’s minority Kurdish population. The report said Turkish authorities interfered with health care services and thousands were denied treatment because government security services “destroyed medical facilities, barred emergency vehicles from reaching the wounded, and punished doctors for attempting to treat those harmed in the ongoing conflict between the government and Kurdish fighters.”

The Human Rights Organization of Turkey, a nongovernmental organization, said more than 338 civilians—including at least 72 children—died as a result of the government’s actions. The report comes several weeks after a faction of the Turkish military attempted, and failed, to overthrow the government. The coup “has drastically altered the human rights conditions within the country,” according to the report.

….Between July 2015 and May 2016, Physicians for Human Rights documented curfews—or “24-hour sieges,” according to the report—imposed 65 times by Turkish forces in 22 districts and seven major cities in the country’s southeast. The organization also found a number of instances of hospitals being used for military purposes and spoke with families who say their loved ones died because ambulances were not permitted to move through checkpoints. In January and February this year, more than 100 injured people were trapped in basements in the city of Cizre, located close to the Syrian border, without access to health care because of a round-the-clock curfew imposed by Turkish forces.

The full article continues on NewsWeek website at http://www.newsweek.com/turkey-health-care-kurdish-population-488604.