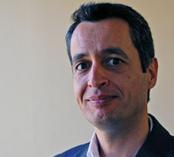 Providing or seeking health care in a conflict zone is a perilous undertaking. Every year health workers are kidnapped, threatened, tortured, and killed. Hospitals and clinics are targeted and bombed. Patients are shot. In Syria alone, 187 health facilities have been attacked since March 2011, and 615 health workers were killed—141 of them by torture and execution.

One doctor has made health care in conflict the center of his work. Dilshad Jaff is an unassuming, good-natured Kurdish physician from the disputed territories of northern Iraq. He worked as a medical doctor for the International Committee of the Red Cross from 2009 to 2013 and took part in the Health Care in Danger project.

Violent incidents have been increasing. From the Health Care in Danger 16-country study in 2011 to the 23-country study in 2013, “the number of health workers killed doubled,” notes Dr. Jaff. “It appears that all the potential actors—state armed forces, law enforcement, armed non-state actors, individuals—are perpetrators.”

Last year health facilities throughout Iraq were repeatedly attacked, including assaults on Fallujah General Hospital in Anbar, airstrikes against clinics in Tikrit and Shirqat, and the shelling of hospitals in Kirkuk and Rabia. Numerous health workers were killed or injured.

“Every country and every region is different,” he says. “We need to understand the nature of the conflict. We need to raise awareness of the Geneva Conventions, but first we need to understand what’s going on. How are the attacks happening, and why? The discrepancies in the available reports should encourage further research to understand the dynamics of attacks on health care and how to most effectively provide protection.”

He emphasizes the value of bringing together the right people to share information and expertise, while making sure locals are in the driver’s seat. “Involve experts, talk via Skype or set up conferences, and bring together locals, researchers, and health workers. Ask them, what is the problem and what is your priority? What do you think is the solution? Then tell locals what you have to offer. Let them know that we are here to guide you. Empower them.”

In 2013 Dr. Jaff came to Chapel Hill, North Carolina, as a Duke-UNC Rotary Peace Fellow and enrolled in the Maternal and Child Health Program at the UNC Gillings School of Global Public Health. His master’s thesis is titled Targeting Health Care in Armed Conflicts and Emergencies: Is it Underestimated?

“Yes, it’s underestimated,” he concludes. “It’s underreported, but even when attacks are reported they generally include only deaths. Even if we’re seeing killings reported, we’re not seeing kidnapping or threats.”

The latest Health Care in Danger report is based on 2,398 incidents of violence in 11 countries between January 2012 and December 2014. No countries are named. To complement this research, the Safeguarding Health in Conflict Coalition and Human Rights Watch publish an annual report on attacks in specific countries based on media reports and accounts by humanitarian agencies. Last year’s report, Under Attack, describes recent examples of violence against health workers, patients, and facilities. The new report will be released next month at the World Health Assembly.

Dr. Jaff will receive his MPH on May 9. He, his wife, and their eight-year-old daughter love living in Chapel Hill and hope they’ll be able to stay if he can find employment in the US.

Sarah Dwyer is a communications manager at IntraHealth International, which is a steering committee member of the Safeguarding Health in Conflict Coalition.