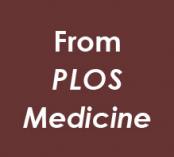 Since 2001, June 20th has been the day when the world considers the plight of refugees and internally displaced people by commemorating World Refugee Day [1]. This year's theme is a continuation of the “1” campaign, in which the world is asked to take 1 minute to consider the situation for a family forced to flee, many of whom may have just 1 minute to get ready [2]. Keeping with the time theme, the UN High Commissioner for Refugees (UNHCR) estimates that world-wide, one person is forced to flee to become a refugee or internally displaced person every 4.1 seconds [3].

One of the main drivers of displacement is armed conflict, which is the disruptive force responsible for most of the world's 45.2 million displaced people [3]. Providing health care to displaced people is challenging, even to those in relatively stable settings, such as camps. For example, earlier this month, PLOS Medicine published an article by Joshua Mendelsohn from the London School of Hygiene & Tropical Medicine and colleagues from the UNHCR calling for equity in antiretroviral therapy provision for refugees and internally displaced people with HIV. The authors focused on stable settings and proposed several recommendations mostly targeted at host countries [4]. Previously, PLOS Medicine published an article from Unni Karunakara from Médecines Sans Frontières and Frances Stevenson from HelpAge International highlighting the particular challenge of meeting the health needs of older people caught in conflict and other emergency settings [5].

To further add to the destruction and chaos of conflict, the past few years have brought mounting concern over the deliberate attacks on health care facilities and health workers, perpetrated to cause maximum damage to the health of populations. In 2011, the International Committee of the Red Cross (ICRC) published a landmark report that documented attacks on health care in 16 countries affected by conflict [7]. As the ICRC says: “Statistics represent only the tip of the iceberg: they do not capture the compounded cost of violence–health-care staff leaving their posts, hospitals running out of supplies, and vaccination campaigns coming to a halt” [7]. These knock-on effects of attacks dramatically limit access to health care for entire communities. Furthermore, such attacks are an insult to the Geneva Conventions, and the international community has responded with several initiatives and activities. For example, the ICRC launched the Health Care in Danger campaign, with the slogan “Violence against health care must end” [8]. And several organizations worldwide have recently joined forces to form the Safeguarding Health in Conflict Coalition, with the aim of promoting respect for international humanitarian and human rights laws for the safety of health facilities, health workers, ambulances, and patients during conflict [9].

The full editorial continues at http://www.plosmedicine.org/article/info%3Adoi%2F10.1371%2Fjournal.pmed.1001668 on PLOS Medicine’s website.