Health Care under Attack: A Call for Action 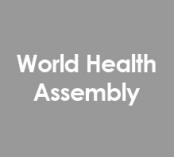 A technical briefing on healthcare workers under attack was held 21 May by WHO in occasion of the 67th World Health Assembly.

Attacks on health care workers, patients and health facilities are increasing in many parts of the world. These attacks violate the basic right to health care and reflect a grave lack of respect for International Humanitarian Law, which provides special status and protection to health-care personnel. Violence against the health system limits access to medical services for those who need them most and can have grave public health consequences.

WHO Director General, Ms. Margaret Chan stated that healthcare workers are under attack as never before. “We need to understand that this is not only a problem in situations of conflict. It is an issue in all regions of the world, and in all contexts. It can happen in peacetimes as well as in conflicts.” All the panelists emphasized that there is in increase in attacks. “This trend is deeply concerning,” Ms. Chan says. She continues by stating that “we need to re-educate the world about this situation which is totally unacceptable. This must not be tolerated as the new norm.” It is the Norwegian view that healthcare workers’ neutrality is compromised and that they are at times even targeted by warring parties. This is a worrying development, and challenges basic humanitarian principles and values.  Ms. Amos seconds this by stating at the event that “healthcare facilities may become a military objective in their own right”.

Ms. Amos said in her opening remarks at the event that it is often the poorest countries that experience attacks, and they simply cannot afford losing their healthcare facilities. This is a huge problem for countries such as South-Sudan and the Central African Republic, which face significant challenges in the social sector. In addition to this, people are too scared to go to the medical facilities that are still operating, because they often experience brutal attacks. “People are starting to self-medicate themselves; and the health of the population is deteriorating”. Ms. Amos also touches on Syria, and says, “The healthcare system has completely collapsed. Healthcare facilities and workers are now being turned into military targets.” She also raised the need for the international community to help to bring awareness to the issue. “Everyone with influence has to make this point at the local, national and global level. Donors and countries can engage in these issues with diplomacy and advocacy.”

Norway believes that there is a need to strengthen the awareness of the prevalence of this problem, and both the immediate and long-term consequences for individuals and the social and economic development of their communities. “We are working with other states and organizations to this end. We also want to understand the dynamics of this issue better, and to improve our own policies and practices.”

The full version of this article is at http://www.norway-geneva.org/unitednations/Health-care-under-attack-a-call-for-action-/#.U35INCgzItU on the website of Norway’s Permanent Mission in Geneva.