Health under Threat in the Central African Republic 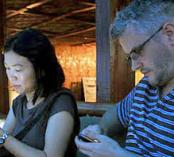 In the early hours of Sunday, March 24th, 2013, rebels in the Central African Republic seized the capital Bangui, forcing President Bozize to flee the impoverished and embattled country. The attack was the culmination of a four-month rebellion by a coalition movement called Seleka that caused thousands of civilian deaths or injuries, displaced an estimated 40,000, and left an estimated 1.5 million in need of humanitarian assistance. The latest wave of violence added to successive military coups and chronic state failure that have contributed to higher than average mortality rates compared to sub-Saharan Africa, and widespread displacement.1

In the days that followed the takeover, the newly self-appointed president Michel Djotodia and other senior Seleka members declared that looting would not be tolerated. But by then, health facilities and medical nongovernmental organizations had been systematically targeted by looters, including alleged Seleka members, in search of medical supplies and desperately needed fuel to run generators. Fear of violence prevented patients from seeking critical medical care and hampered health workers’ access to health facilities. Days after the coup, hundreds managed to reach health facilities, but found hospitals lacking water, electricity, and the supplies needed to perform even basic surgical interventions. Outside of the capital, insecurity continues and uncontrolled armed groups are blocking urgently needed medical care and looting hospitals and humanitarian facilities.

The role of health workers and health facilities are essential during and after conflict. They typically provide critical life-saving services including immediate public health measures and rapid assessment of the medical and humanitarian needs. However, when health workers and facilities are targeted, these basic humanitarian functions are not fulfilled. In Bangui, assessment of the damages and health needs are still lacking two weeks after the coup. Furthermore, evidence suggests that the number of civilians that will suffer the consequences of the conflict in the post-war period as a result of disruption and destruction of health services far outweigh the number of direct victims of the war-related violence itself.2

In both its possible involvement in looting and targeting of health facilities and its failure to provide adequate protection to these facilities, the Seleka appears to have violated several clauses of international law. For example, under the 1949 Geneva Conventions and the Additional Protocols of 1977, medical personnel, patients and facilities must be protected, and civilians and combatants must have access to nondiscriminatory treatment.3 French troops present in Bangui secured the airport but failed to provide any meaningful protection to health facilities and health workers. This failure is characteristic of the lack of attention given to protective measures for the health sector despite evidences of increased targeting of medical personnel and facilities in armed conflict.4

In any country, the consequences of targeting health workers and facilities will negatively affect the ability to provide basic care to patients. But few countries are less able than the Central African Republic to withstand an attack on its health sector. Only a handful of medium and large sized hospitals exist, typically with the support of faith-based or nongovernmental organizations. Small facilities that are more widespread are ill-equipped and staffed with volunteers or minimally trained staff. As a result, the Central African Republic has been confronted with a chronic healthcare crisis. In 2010, it had the third lowest life expectancy at birth (48 years) of 192 countries, and higher than regional average prevalence of HIV-AIDS and malaria. Despite this crisis, healthcare was not a priority of the former government: according to the World Health Organization, total health expenditures in 2010 averaged $31 per capita (PPP in int. $),5 or just 4% of the country’s GDP, the third lowest of 190 countries.

In light of these troubling statistics and the impact of the coup, the international community and the government of the Central African Republic must take several steps to assist survivors of the violence and to build an effective health system. The government must commit to enforcing strict accountability mechanisms for those responsible for the looting and targeting of health facilities and health workers. These crimes too often go unpunished, undermining the notion that such acts are violations of international laws. The international community must commit the resources and expertise to immediately address urgent health and public health needs in the areas of health care and control of communicable diseases, immunization, water and sanitation, food and nutrition, and shelter. The psychological needs of war-affected communities must also be addressed. Social support and empowerment strategies have the potential to reduce long-term psychological effects.

Finally, the international community must face up to the fact that health workers and facilities have lost blanket immunity from violence, and are rather increasingly targeted by armed groups not only in the Central African Republic, but also in places as diverse as Afghanistan, Pakistan, and the Occupied Palestinian Territories. Supporting systematic documentation of these forms of violence, their prosecution by national and international courts, and strengthening effective existing mandates and mechanisms to safeguard health workers and facilities are necessary.4 Principles of humanitarian and public health neutrality must also be restated and reinforced.7 But beyond this, the humanitarian community must invest in the development and implementation of new avenues for humanitarian health diplomacy including new incentives and deterring strategies to enhance respect for healthcare interventions. Information and communication technologies, including social media platforms, should be explored in the provision of real-time data on health workers and facilities at risks, facilitating rapid response and mobilization to address security threats.