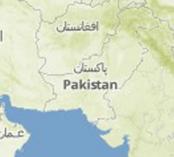 Despite an army of police, vaccination workers in Pakistan are still being murdered in the midst of a public health initiative aimed at vaccinating 8.4 million children in one province against polio and several other diseases in just three months.

The Health for All vaccination program, which runs Feb. 2 through April, is targets indigenous wild poliovirus, which is still endemic in Pakistan, Afghanistan and Nigeria. Of the three countries, only Pakistan is seeing an increase in cases. In January 2014, the World Health Organization (WHO) declared Peshawar, the capital of Khyber Pakhtunkhwa province, “the world's largest reservoir of endemic poliovirus.”

In 2012, there were 58 cases of polio in Pakistan; by 2013, there were 91, according to WHO. Of these, 83 were genetically linked to strains in Peshawar. The disease, which is spread by fecal contact, is highly infectious and can cause irreversible paralysis.

Vaccination efforts have been seriously stalled by the murder of at least 35 health workers who had been attempting to vaccinate children since 2012. Militants are deeply suspicious of vaccinations, which radical clerics claim are part of a Western plot to sterilize Muslims.

Nonetheless, on Mar. 2 in southwest Peshawar, 13 people were killed by a roadside attack on a vaccination team, including 12 guards and a child. Two Pakistani polio vaccination teams of six apiece were abducted earlier this year; one team has been released, the other is still missing. And on Mar. 24, a woman working on the vaccination project was kidnapped, tortured and murdered. It is not known who is behind the murders or abductions.