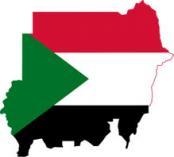 IN THE NUBA MOUNTAINS, Sudan — IF you subscribe to the caricature of devout religious believers as mostly sanctimonious hypocrites, the kind who rake in cash and care about human life only when it is unborn, come visit the doctor here.

Just about every day, the Sudanese government drops bombs or shells on civilians in the Nuba Mountains, part of a scorched-earth strategy to defeat an armed rebellion here. The United States and other major powers have averted their eyes, so it is left to “Dr. Tom,” as he is universally known here, to pry out shrapnel from women’s flesh and amputate limbs of children, even as he also delivers babies and removes appendixes.

He does all this off the electrical grid, without running water, a telephone or so much as an X-ray machine — while under constant threat of bombing, for Sudan has dropped 11 bombs on his hospital grounds. The first time, Dr. Tom sheltered, terrified, in a newly dug pit for an outhouse, but the hospital is now surrounded by foxholes in which patients and the staff crouch when military aircraft approach.

“We’re in a place where the government is not trying to help us,” he says. “It’s trying to kill us.”

The article continues at http://www.nytimes.com/2015/06/28/opinion/sunday/nicholas-kristof-hes-jesus-christ.html?smid=tw-share&_r=0 on the New York Times website.