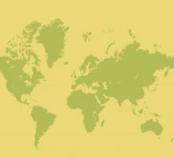 Formally presented at the ICN 25th Quadrennial Congress in Melbourne, Australia, the award bestows the esteem and recognition of the world’s 12 million nurses for Robinson’s outstanding contributions to the domain of health and human rights. This is the only award presented by ICN to someone who is not a nurse.

“We are honoured that Mary Robinson has accepted this award,” said ICN President, Rosemary Bryant. “Passionate and inspiring, she is one of the greatest living role models for women everywhere. Throughout her career, she has demonstrated a dedication to defending human rights, and a passion for advocating for gender equality.”

In her acceptance video, shown at the Opening Ceremony of the ICN Congress today, Robinson said, “I am very honoured that the International Council of Nurses has selected me as the 2013 recipient of its prestigious Health and Human Rights Award”. Referring to the challenges faced by health care systems internationally, Robinson said: ‘I have a very high regard for the nursing profession and do not doubt your collective ability to meet those challenges whilst also ensuring that the dignity of the human being is guaranteed.’

Robinson has spent most of her life as a human rights advocate and her work epitomises the goals and values of ICN in the promotion of health and human rights. During her Presidency, Robinson was the first head of state to travel to Somalia bringing worldwide attention to the famine and war there. This was followed, in 1997, by her visit to Rwanda after its civil war and genocide. Her continued trips to Africa shone a much needed light on the long-standing problems of famine and genocide.

In 1997, Robinson became the United Nations High Commissioner for Human Rights, where she ensured the integration of human rights into the other activities of the UN; strengthened human rights monitoring in conflict areas; and highlighted the areas of climate change, human rights and gender.

Robinson was President and founder of Realizing Rights: The Ethical Globalization Initiative (2002 – 2010) whose mission was to make “human rights the compass which charts a course for globalization that is fair, just and benefits all”. Robinson is Chancellor of Trinity College, Dublin and has served as Honorary President of Oxfam International, Chair of the International Institute for Environment and Development (IIED), Chair of the Council of Women World Leaders. She is a member of the Elders and President of the Mary Robinson Foundation – Climate Justice. In March 2013 she was appointed UN Special Envoy for the Great Lakes region of Africa.

The International Council of Nurses has long believed that health is a right of all individuals, regardless of financial, political, geographic, racial or religious considerations. The link between health and human rights is a fundamental building block in creating just and healthy societies.

This press release is available on the ICN’s website: http://www.icn.ch/images/stories/documents/news/press_releases/2013_PR_07_HHR_Award.pdf

The International Council of Nurses is a member of the Safeguarding Health in Conflict coalition.