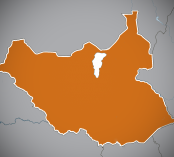 LOS ANGELES/LONDON - The maternity wing of International Medical Corps’ hospital in the Protection of Civilian (PoC) site in Juba, South Sudan, was hit by shelling today amidst escalating violence that is endangering the lives of thousands of people who fled into the camp for safety. No staff or patients were injured, but the attack forced International Medical Corps’ team to relocate critical patients to another facility inside the UN base.

“We condemn in the strongest possible terms the use of heavy weapons near the UN’s protection of civilian sites and particularly the shelling that hit our maternity ward today,” said Dr. Teshome Adebabai, International Medical Corps’ Medical Director in Juba. “People fled into the PoC seeking protection from violence and instead find themselves in the crossfire. We call on all parties to stop the violence, respect the rights of civilians, and allow humanitarian organizations to provide life-saving care to those in need.”

Since the renewed fighting erupted on July 8 and despite immense challenges in providing care, the International Medical Corps team in the PoC has treated 139 injured patients. The hospital has operated without water for three days and is running out of fuel, which will leave it without electricity or an ambulance. The violence has also made it impossible for humanitarian organizations to move throughout the city, leaving the hospital with a reduced number of staff and dwindling medical supplies and medicines.

This press release continues on the International Medical Corp site at https://internationalmedicalcorps.org/2016_07_11_pr_south-sudan-violence?utm_content=buffer363c7&utm_medium=social&utm_source=twitter.com&utm_campaign=buffer.