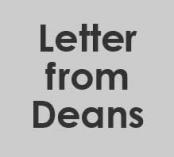 In the first years of the Peace Corps, its director, Sargent Shriver, discovered that the Central Intelligence Agency (CIA) was infiltrating his efforts and programs for covert purposes. Mr. Shriver forcefully expressed the unacceptability of this to the President. His action, and the repeated vigilance and actions of future directors, has preserved the Peace Corps as a vehicle of service for our country’s most idealistic citizens. It also protects our Peace Corps volunteers from unwarranted suspicion, and provides opportunities for the Peace Corps to operate in areas of great need that otherwise would be closed off to them.

In September Save the Children was forced by the Government of Pakistan (GoP) to withdraw all foreign national staff. This action was apparently the result of CIA having used the cover of a fictional vaccination campaign to gather information about the whereabouts of Osama Bin Laden. In fact, Save the Children never employed the Pakistani physician serving the CIA, yet in the eyes of the GoP he was associated with the organization. This past month, eight or more United Nations health workers who were vaccinating Pakistani children against polio were gunned down in unforgivable acts of terrorism. While political and security agendas may by necessity induce collateral damage, we as an open society set boundaries on these damages, and we believe this sham vaccination campaign exceeded those boundaries.

As an example of the gravity of the situation, today we are on the verge of completely eradicating polio. With your leadership, the U.S. is the largest bilateral donor to the Global Polio Eradication Initiative and has provided strong direction and technical assistance as well. Polio particularly threatens young children in the most disadvantaged communities and today has been isolated to just three countries: Afghanistan, Nigeria and Pakistan. Now, because of these assassinations of vaccination workers, the UN has been forced to suspend polio eradication efforts in Pakistan. This is only one example, and illustrates why, as a general principle, public health programs should not be used as cover for covert operations.

Independent of the Geneva Conventions of 1949, contaminating humanitarian and public health programs with covert activities threatens the present participants and future potential of much of what we undertake internationally to improve health and provide humanitarian assistance. As public health academic leaders, we hereby urge you to assure the public that this type of practice will not be repeated.

International public health work builds peace and is one of the most constructive means by which our past, present, and future public health students can pursue a life of fulfillment and service. Please do not allow that outlet of common good to be closed to them because of political and/or security interests that ignore the type of unintended negative public health impacts we are witnessing in Pakistan.

*Institutional affiliation is provided for identification only.