Medicine as a Weapon in Syria and Beyond 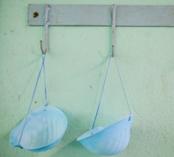 A recent editorial in The Lancet  issued a dire warning to the international medical community: medicine is a weapon of war in Syria. It is just the latest in a series of reports from across the Middle East on how medical care and medical professionals and facilities are being used to inflict politically-motivated violence.

The editorial references a recent Doctors Without Borders/Médecins Sans Frontières (MSF) report, which provides 15 testimonials, five from doctors and ten from patients inside Syria. The testimonies offer a complicated picture of how health facilities are being used as battlegrounds. National security forces are a constant presence at medical facilities to track, detain, and further injure or execute opponents. Medical personnel are being targeted, arrested, and tortured for caring for the wounded. And some health professionals who support President Bashar al-Assad’s regime are reportedly further injuring wounded protesters and rebels who seek care.

MSF states that its staff collected the testimonials from Jan. 30 to Feb. 6, 2012. “MSF is not authorized to operate inside Syria at present and thus is unable to fully verify the information collected here,” the report said. “However, given the recurring nature, the consistency, and the severity of the acts described in the testimonies, MSF has decided to make them public.” The MSF dossier echoes Amnesty International report on Syria from late last year.

The new MSF testimonies include one from a 29 year-old man with gunshot wounds, who described how he received care in a makeshift hospital in a house. “[Y]ou cannot go to a hospital,” he said, “because if you do, they either amputate the limb that you are suffering from or they take you to prison.” A 23 year-old man testified that he sought care for a gunshot wound at a hospital in the capitol and had his hand amputated unnecessarily.

“To take these patients to the public hospitals is impossible, not just because there are doctors and nurses working for the regime in these hospitals, but due to the fact that in each hospital there is a police unit and they are on the door . . .

A doctor now is considered more dangerous than those fighting with the [rebel group, Syrian] Free Army, and anyone caught with drugs in his possession, the charges against him are more grave than being accused with possession of weapons.

The average person is normally taken for days or up to a week, but doctors are detained for months. The doctors are also targeted not just because they treat the injured but also because they are involved with the movement.”

“I'm a Syrian doctor. I was treating the wounded in Syria. At first, when the demonstrations started, we sent the injured to public hospitals. But then we were told that injured demonstrators were being tortured or left untreated. . . Doctors who treat the wounded are also being harassed by security forces. . . The risk of being arrested is big. But despite that risk, many doctors are putting their lives in danger in order to fulfill their medical oath.”

The Lancet editorial points to President Assad, who is “shockingly, a former doctor,” and “has shown total disregard for the health of Syrians and for the Geneva Conventions.” The editorial comes on the heels of a 137-12 vote on a resolution by the United Nations General Assembly to condemn the Assad regime’s violent crackdown, although the action is nonbinding with no power for enforcement. Preceding the resolution, Navi Pillay, the United Nations High Commissioner for Human Rights, delivered a forceful speech to the United Nations General Assembly condemning violence in Syria, including attacks on medical facilities, medical professionals, and patients.

“Hospitals have been used as detention and torture facilities. Ambulances have come under fire, and many of the injured and sick have been turned away from public hospitals in several cities. Wounded detainees have been subjected to torture and other forms of ill-treatment in military hospitals. Evidence gathered indicates that doctors and medical workers have been pursued, arrested, and tortured by the security forces. Increasingly, most of the wounded avoid going to public hospitals for fear of being arrested or tortured.”

We cannot see Syria as an isolated case. Earlier this month, I wrote a post about MSF’s decision to stop treating patients at detention centers in Libya rather than abetting the continuing torture of these patients. The Lancet has also reported on military forces occupying public hospitals in Bahrain, and the detention and trials of Bahraini nurses and doctors. In Egypt, the violence against health facilities appears to be less systematic but media sources have reported attacks on field hospitals and threats against doctors.

It is debatable whether the exploitation of medicine, health facilities, and health professionals is a hallmark of the violence that started with the Arab Spring uprisings or more generally a hallmark today’s violent political struggles, in general. But either way, it is indefensible. The U.N.’s condemnation of this type of violence in Syria specifically is one step in the right direction, but it is high time the international medical community speaks out against the overt violations of medicine’s covenant with society, violations that are clearly a strategic weapon on the part of these political regimes.

Cross-posted from the IntraHealth International blog