Name and shame countries that do not protect doctors in war, expert tells UN 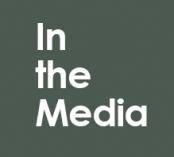 LONDON, Aug 17 (Thomson Reuters Foundation) - The United Nations should name and shame countries that fail to protect health workers in war zones and audit what steps they take to keep medics safe, an aid expert said on Thursday.

Last year, the United Nations Security Council passed a resolution calling for an end to impunity for perpetrators, but little has been done to implement it, said Leonard Rubenstein, head of Safeguarding Health in Conflict Coalition, a network of aid groups.

"Since 2016, we have had complete international paralysis," he told an event in London, blaming the stalemate on divisions between Russia and other members of the Security Council.

At least 80 people were killed in attacks on health facilities in 14 countries in the first three months of 2017, according to the World Health Organization.

More than half the attacks were in Syria.

Rubenstein said impartial investigations and reforming both military training and practice could improve safety for health workers - but nations had to be pushed into adopting them.

"The only way to get them to do it is to shame them," he told a panel at the Overseas Development Institute via video link, ahead of World Humanitarian Day on Aug 19.

In order to do so, the U.N. High Commissioner for Human Rights should issue annual reports highlighting what steps countries have taken to implement resolutions made the year before, Rubenstein said.

"It's not the most powerful mechanism that we have - but it is the only one that we (have) really got at the moment, and I think that would go a long way to forcing the states to take the actions that they have committed to do," he said. (Reporting by Umberto Bacchi @UmbertoBacchi, Editing by Lyndsay Griffiths.Please credit the Thomson Reuters Foundation, the charitable arm of Thomson Reuters, that covers humanitarian news, women's rights, trafficking, property rights, climate change and resilience. Visit news.trust.org)

This article was originally published on the Reuters website at https://in.reuters.com/article/global-health-attacks-idINL8N1L347L.