Nine Polio Workers Dead in Nigeria: How Can We Move beyond Condemnation to Actions that Protect Health Workers? 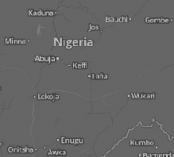 Between December and January, at least 16 polio workers were killed in Pakistan, according to Reuters—and today, nine female health workers were slain in northern Nigeria, also while working on a polio eradication campaign.

In the mountainous countryside of Pakistan, health workers often walk long distances to reach the population they serve. Their polio workers were allegedly targeted and accused of being spies after rumors had spread that the vaccine they were administering was not lifesaving, but led to sterilization.

When the incident occurred in Pakistan, IntraHealth International, as well as other nongovernmental organizations and international agencies, strongly condemned the killings.

Today, we thought about writing another statement of condemnation, but then thought again. How does condemning such atrocities impact what happens on the ground? How can we move beyond condemnation to helping to influence change?

The similarities between what happened in Pakistan and Nigeria around polio eradication efforts are numerous.

The BBC News reported on the incident today, saying, “Some Nigerian Muslim leaders have previously opposed polio vaccinations, claiming they could cause infertility. On Thursday, a controversial Islamic cleric spoke out against the polio vaccination campaign, telling people that new cases of polio were caused by contaminated medicine. Such opposition is a major reason why Nigeria is one of just three countries where polio is still endemic.”

The BBC also says many are speculating that a militant Islamist group called Boko Haram was involved in the attack. The group has the goal of imposing Sharia law throughout Nigeria; its name translates into English as “Western education is forbidden.”

In 1999, Nigeria saw a spike of 981 polio cases, but by 2001, only two years later, the country had made steady progress toward eradicating this preventable disease, reporting only 56 cases. Soon after, however, rumors that the polio vaccine could sterilize children began to circulate; Nigeria’s predominantly Muslim north interpreted this medical falsehood as a ploy to curb population growth in Muslim communities.

The United States President’s Emergency Plan for AIDS Relief (PEPFAR), the Centers for Disease Control and Prevention (CDC), and the United States Agency for International Development (USAID) were all working in Nigeria at the time. Hillary Clinton talked about the challenges in a speech in August 2010: “We had our aid program and our development experts on the ground doing extraordinary work, but we didn’t anticipate and quickly respond to what became a series of rumors about how the polio vaccine was a design to sterilize Muslim children.”

Soon the rumors became so widespread that community leaders in the north began to heed them and refused to allow the polio vaccination campaign to proceed. Clinton went on to say that, “no matter how hard our development experts or our doctors or our nurses or anybody from one of our agencies worked, that problem undid much of the efforts that we were engaged in.”

In 2010, I wrote about the same challenges observed on a trip I took to northern Nigeria in 2004, a year in which Nigeria reported 782 polio cases. By 2006, the number had climbed to 1,143, reversing much of the polio eradication progress the country had witnessed in the previous decade. Although Nigeria reported only 121 cases of polio last year, it still has more than any other country in the world: it’s one of only three countries in which polio is still endemic—along with Pakistan and Afghanistan.

The attacks today are frightening because they may lead to a surge in polio cases in Nigeria, even elsewhere in West Africa, and the progress made worldwide over the last 25 years could be undone. Polio can lead to irreversible paralysis, usually in the legs, and sometimes death. The World Health Organization reports, “In 1988, when the Global Polio Eradication Initiative was formed, polio paralyzed more than 350 000 people a year. Since that time, polio case numbers have decreased by more than 99%.”

The attacks are equally frightening because nine health workers perished today—shot down by gunmen—while trying to deliver lifesaving vaccinations to young children.

As Pape Gaye, IntraHealth’s president and CEO, said after the Pakistan attacks, “We must help protect health workers to do their very best work, so they may continue to save and improve lives—and not allow the workers to be attacked.”

How can we stop these attacks on health workers? What resolution will it take? What resolve?

An essential element—to which actors at the local, national, and global levels can contribute—is dispelling myths about vaccinations, especially the polio vaccine. As we know from other global health priorities, including family planning and safe childbirth, rumors spread quickly, leading to fear. And the fear of a mythical side effect can lead people to not seek lifesaving services—often for life. The fear and rumors spread quickly from one community to another and also are often passed along from one generation to the next.

Nigeria and Pakistan are not the only countries in which polio eradication efforts have suffered due to misinformation and myths. Worldwide, we need to invest more time and effort in advocacy, communication, and education—from the grassroots to national and international levels. And we need to use state-of-the-art tools and technology to get the truth out.

This can help save the global polio eradication campaign. And it can save the lives of the courageous health workers on the frontlines of care, and the people they serve.