At the Oscars, a Spotlight on Health Care in the Midst of Violence 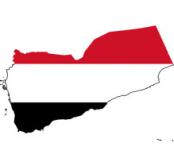 Flashback to February 2011. Arab Spring. In Sana’a, Yemen, protesters peacefully assemble in a makeshift tent city, calling for an end to 33 years of the president’s autocratic rule. They are male and female, young and old, urban and rural. Their numbers grow to tens of thousands.

Two young men with video cameras are among the many who document the attack. Their footage shows the violence unfolding quickly and brutally. In a makeshift clinic, health workers and other brave souls risk their lives to keep the wounded alive under terrible circumstances.

“The tragedy of that day changed Yemen’s history forever,” says an eyewitness in Sara Ishaq’s Oscar-nominated documentary short, Karama Has No Walls. The attack on March 18 lasted three hours, leaving over 45 dead and hundreds wounded.

This film is a powerful testament to the bravery of all those who seek change peacefully and of those who risk their lives to treat people in the midst of violence.

As we know all too well, around the world the principle of medical neutrality is often brazenly ignored. Health workers are targeted, hospitals are bombed, patients are shot. Just a few very recent examples:

Written reports of these atrocities affect me deeply, but seeing and hearing the horror makes a far more powerful impact. I applaud all the filmmakers, both amateur and professional, working to document such scenes and help the world really feel and understand what’s going on.

And the Oscar goes to…?
I hope many people will have a chance to watch and spread the word about Karama Has No Walls. But the events of March 18, 2011, are joined by so many other global episodes when respect for human life is abandoned and health professionals who care for the wounded are flagrantly targeted. It’s a heartbreaking part of our world that demands our collective action.

IntraHealth International is a member of the Safeguarding Health in Conflict Coalition, whose mission is to promote the security of health workers and services threatened by war or civil unrest. The coalition monitors attacks on and threats to civilian health; strengthens universal norms of respect for the right to health; demands accountability for perpetrators; and empowers providers and civil society groups to be champions for their right to health. Learn more, and consider joining us.