Pakistan: "No Place to Call Home" for Internally Displaced People 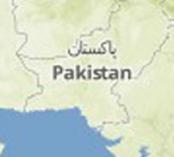 The internally displaced persons in the Federally Administrated Tribal Areas have escaped the violence but are confronted with greater challenges.

“Home is a precious place. I would give anything to return to mine,” says 65-year-old Gul Bibi, as she gently rocks back and forth on a bed at the hospital set up by Médecins Sans Frontières (MSF) in Sadda, the second-largest town in Kurram Agency, FATA. The hospital is full of women who have babies and children in their arms or sleeping by their feet.

It is hard to tell the children’s ages since most of them are malnourished and look much younger than their years. Most of the children are between the ages of six months and five years and are being treated for measles and dehydration. The parents have to travel long distances to receive the required medical treatment as the on-going violence in the province, especially in militancy-hit areas such as Kurram Agency, has taken a strong toll on the healthcare infrastructure in the region.

The other side of war

So far this year, MSF has treated 213 children for complicated measles at its hospital in Sadda, which specializes in children’s healthcare. In most of the cases, the children had developed pneumonia and meningitis and needed urgent medical care. “What is upsetting is that so many of the conditions we see here are preventable,” says Dr. Rahman Sakhi, one of the senior doctors at MSF who sees dozens of such cases every month. “The community is suffering unnecessarily because of the militarization in the area.”

Since health workers’ access to the community is restricted, diseases are magnified and the patient ends up facing a lot more pain that could have be prevented if things like measles are tackled in the initial stages. “There is no reason for a child to suffer like this,” he says. “We are part of this community and we feel the pain of their parents and loved ones. Nobody wants to see a child in pain like this.”

More than 175 health facilities and 500 schools have been targeted and destroyed by militants across FATA since 9/11, according to Nizam Khan Dawar, a human rights specialist and CEO of the Tribal Development Network, a network of local organizations working for peace and development in the province. “Even in war zones, hospitals and schools should be neutral places and shouldn’t be attacked,” he says. “The ongoing violence is weakening the health system and disproportionately impacting women and children.”

Nizam elaborates that female doctors and health workers continue to face the brunt of violence and intimidation from militant groups who question women’s right to access healthcare, especially reproductive health. “There is a shortage of women health workers and women doctors who can provide healthcare for women,” he says. “Many are pregnant and especially vulnerable as they are displaced by ongoing military operations and fighting in the area,” he says. Women doctors, nurses, and health professionals continue to be targeted by militants and put under pressure to give up their work and stay inside their homes. “The threats and feeling of intimidation is increasing in many areas,” he says.

The full article continues at http://www.msf.org/article/pakistan-%E2%80%9Cno-place-call-home%E2%80%9D-internally-displaced-people on MSF’s website.