PHR Calls for Protection of Medical Facilities and Personnel in Gaza 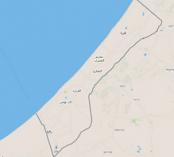 Hospitals Have Been Repeatedly Attacked in Violation of Humanitarian Laws

Physicians for Human Rights (PHR) today urgently called on the government of Israel to stop attacking health facilities, ambulances, and health personnel in Gaza. PHR also said that Hamas and other armed groups must fully respect and protect the neutral operation of medical personnel and patients’ safety by ensuring that no military equipment or units operate in or near medical facilities.

Physicians for Human Rights-Israel (PHR-Israel), Médecins Sans Frontières (MSF), and the International Committee of the Red Cross (ICRC), among others, have reported a number of attacks on medical facilities and personnel in Gaza during the ongoing offensive by the Israel Defense Forces (IDF).

At least 11 health facilities, including a clinic for the disabled, have reportedly been attacked, some repeatedly. Al-Wafa hospital, for example, has been attacked multiple times by the IDF after inadequate warning was given. The facility sustained significant damage, and staff and patients were injured. During repeated attacks on al-Aqsa hospital, four people were killed, and the intensive care unit and a surgical ward were severely damaged. Among the thousands of rockets indiscriminately lobbed at Israel, one reportedly hit a building containing a children’s clinic.

“Medical facilities, personnel, and patients must never be targeted in armed conflict, and combatants must take every possible measure to protect the sick and wounded,” said Susannah Sirkin, PHR’s director of international policy. “Hospitals and clinics being destroyed or damaged and patients and medical staff being wounded and killed demonstrate a failure to protect civilians and a lack of respect for long-established international laws that protect medical care.”

PHR pointed out that nearby military targets or even the presence of militants or weapons in medical facilities do not justify the targeting of hospitals. Moreover, many patients, medical staff, and other civilians in Gaza have not received adequate warnings, leaving them unable to evacuate in time to escape from bombardments and shelling.

PHR expressed concerns that Israeli forces have been regularly violating the fundamental tenet of international humanitarian law that protects medical facilities, personnel, and equipment during times of conflict. MSF has reported that heavy shelling has prevented patients from traveling to health centers and has obstructed the travel of medical transport. PHR echoes the call of eight Israeli organizations urging the government of Israel to immediately develop procedures for the safe evacuation of the injured in Gaza and create safe corridors through Israel’s and Egypt’s borders.

While the U.S. State Department has announced funding for humanitarian assistance, PHR said the U.S. government should also officially recognize attacks on civilians, including health workers, as unlawful and use U.S. bilateral relations with Israel to press for an immediate end to such abuses. The United States must also press for a transparent investigation and accountability for attacks on health facilities and personnel.

“Even in times of conflict, governments must respect the work of health professionals so that the sick and injured can receive the care they need,” said Donna McKay, PHR’s executive director. “Governments have no excuse to ignore this fundamental moral and legal obligation. Attacks on health systems target the very individuals who are best placed to heal people and communities during conflict and exacerbate the harm experienced by an already vulnerable civilian population.”

PHR has documented attacks on health workers and facilities around the world, most recently those violations in Bahrain, Syria, and Turkey.