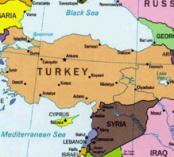 A warning to governments around the world not to try to dismantle medical professional self-governing bodies has come from the World Medical Association and the Standing Committee of European Doctors.
Following the dismissal last week of the case brought by the Turkish Government to dismiss the governing bodies of the Ankara Chamber of Medicine, WMA leaders issued a statement today saying that the importance of this case extended far beyond Turkey as attempts to dismantle professional self-governing bodies were occurring in many countries and many forms around the world.
They declared: ‘The case in Turkey has been a shame for a democratic nation with a rich cultural heritage. It has been an assault on humanity and an attack on the autonomy of our profession. On the other hand, this case and others have proven that there are still judges that have remained independent and brave enough to exercise their duties loyal to the law and not the aspirations of the government.
‘The Turkish people can be proud of their doctors, lawyers and judges who live up to values of justice and humanity and who withstand the forces of intimidation and segregation.’
Dr. Xavier Deau, President of the WMA, added: ‘It is highly regrettable that medical bodies around the world are experiencing threats in many different ways to their independence or even existence. We believe that a self-governing medical profession is in the best interests of patients around the world and the WMA will continue to support any medical association whose independence is being threatened’.
Dr. Katrín Fjeldsted, President of the Standing Committee of European Doctors (CPME) pointed out: ‘The CPME strongly condemns any measures undermining international standards of medical neutrality. Physicians are united by their professional ethics which require them to provide medical care for those in need, independent of the administrative or political status of the patient.’
This article can be found at http://www.wma.net/en/40news/20archives/2015/2015_07/index.html on WMA's website.
Share to: