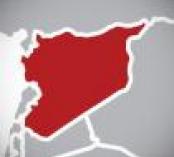 Dear Prime Minister May, Chancellor Merkel, President Obama, President Putin, and all other Heads of State and Heads of Government of the International Syria Support Group (ISSG),

From the crumbling remnants of Aleppo’s last hospitals, 15 of our medical colleagues penned a heart-breaking plea to President Obama last week, desperately calling for action to save the remaining citizens of their city. As their hospitals were bombed around them, the doctors said that medical services in eastern Aleppo could be completely destroyed in a month, leaving 300 000 people without any medical care. “Death has seemed increasingly inescapable”, they wrote.
Today, while bombs continue to rain down on Aleppo, it appears that their desperate appeals have yet again fallen on deaf ears. We write today in the hope that ours will not.

As medical professionals from around the world, we stand in solidarity with Aleppo’s brave physicians and health workers who, despite the horror of their situation, refuse to abandon their fundamental oath to save lives where there is hope of doing so.

Though war is horrific, it still has rules. The Geneva Conventions have been internationally agreed upon in a series of treaties dating back more than 150 years. Ratified by Syria, Russia, and all other member states of the UN, the
conventions ban indiscriminate attacks and the targeting of civilians, medical personnel, and medical facilities.

In Syria and elsewhere, the targeting of hospitals has somehow become the “new normal”. Physicians for Human Rights has documented 373 attacks on medical facilities and the deaths of 750 medical personnel in Syria since
the start of the conflict. The Syrian Government and its allied forces are responsible for over 90% of these attacks, each of which is a war crime.

These numbers are increasing unabated. Hospitals in eastern Aleppo are bombed almost daily, bringing utter devastation. We see pictures of small children with glazed looks in their eyes, a grainy paste of cement dust and blood streaking their faces. We watch videos of women and men wailing helplessly over the lifeless forms of their relatives. To those of us outside Syria, these are the nameless faces of this horrible war. But to Aleppo’s doctors, they are family, friends, and neighbours.

As a member of the ISSG, you have repeatedly condemned attacks on medical infrastructure. You have demanded that all parties to the conflict respect the principle of medical neutrality and facilitate free passage for medical personnel and supplies. But as the population of Aleppo endures the worst spate of attacks on hospitals seen throughout this conflict, your repeated condemnations have lost all meaning. In the words of Aleppo’s brave doctors, “We do not need tears or sympathy or even prayers. We need action.”

The relentless targeting of medical facilities is a stain on the conscience of all world leaders. No medical professional should have to work in constant fear of barrel bombs, fearing for their lives as well as those of their patients. It is unconscionable for your government to stand by while eastern Aleppo’s 300000 residents are
deprived of their remaining doctors and hospitals.

We demand immediate measures be taken to allow our colleagues to work unhindered to save lives and alleviate suffering. We demand you use your influence over all parties to the conflict to ensure: an immediate and total cessation of all attacks on medical facilities, medical transport, health professionals, and patients Syria; and the implementation of at least a regular weekly 48-h ceasefire for Aleppo—as demanded by the United Nations —in order to allow sustained and unhindered delivery of humanitarian aid, including medical supplies and equipment, and safe and unimpeded medical evacuations.