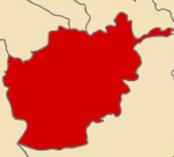 In the preparation for the upcoming elections of the spring 2014, the government of Afghanistan published a list of 173 health facilities designated as polling stations.

The current conflict has an increasingly high impact on the lives of the afghan population with health providers being unable to operate properly (permanently or temporarily) in 58 districts of the country.

Firstly, according to International Humanitarian Law, health-care facilities retain their protected status as long as they are exclusively devoted to the care of the wounded and the sick and are not used to advance military goals. Designating health facilities as polling stations would thus put the patients and the staff working in these facilities at risks of attacks. This protected status is what allows health-care providers to operate in conflict situations and is at the heart of their mission. It is by operating as neutral, impartial actors that health care providers are able to gain access and respect from all parties to a conflict. In the current context, using health care facilities as a political space would severely harm the perception that other actors and the population have of them.

Secondly, using these essential life-saving for political purposes would clearly undermine their availability for healthcare purposes thus disturbing their normal operations and hindering the access for the population, the continuity of care for the patients.

We, as Non-Governmental Organizations working in Afghanistan, are asking all parties to the conflict and among them the Government of Afghanistan and the international community supporting the election process, to protect the access to healthcare. Voting in healthcare facilities is endangering both the health personnel and the patients and their families.

We ask that this abuse of health facilities should under all circumstances be avoided in the upcoming elections and for other political purposes.

ACBAR, the Agency Coordinating Body for Afghan Relief & Development, is an Afghan independent body bringing together 128 national and international NGOs working in Afghanistan and abiding by the humanitarian principles of independence, neutrality, impartiality and humanity. As the collective voice of NGOs operating in Afghanistan, ACBAR’s activities have focused heavily on; information to its members / the aid community, coordination of activities at the national / regional levels, and advocacy on issues affecting the work of its members. http://www.acbar.org