The Protection of Public Health and Health Care in Armed and Civil Conflict: A New Year's Wish for 2013 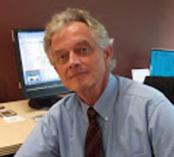 This post was originally published on the World Federation of Public Health Associations (WFPHA) blog.

The cold-blooded and premeditated murder of 8 public health workers in Pakistan this week once again brings attention to an issue that is not being adequately addressed: the protection of health care practitioners and allied workers, of health systems’ infrastructure and services, and of health service beneficiaries.

Attacks on health care workers, health facilities/services and beneficiaries violate international humanitarian and human rights law. The consequences of such attacks extend beyond the immediate victims: the beneficiaries of the health services, primarily children and their mothers, suffer the effects of the preventable illnesses that occur as a result of the interruption in much-needed health services. In the case of infectious diseases, the consequences can affect large numbers of people. As a result of the attacks on health care workers, Pakistan suspended temporarily its national polio vaccination campaign. Pakistan is one of three countries where the WHO reports polio as endemic (the other two being Afghanistan and Nigeria, also countries where health care workers have been threatened and killed). No one knows what the impact will be on polio transmission.

The World Federation of Public Health Associations (WFPHA) approved in May 2011 a position paper on Armed Conflict and War.[2] In it, WFPHA recommends that public health professionals become active advocates for legislation related to the arms trade, the ratification of treaties and protocols related to war and conflict and the development of initiatives that address the structural causes of war. Although the position paper mentions the protection and security of health care workers and health-supporting infrastructures, it fell short of making a call for action to protect health care workers and health infrastructure in armed and civil conflicts. This was remedied in April 2012, when the WFPHA endorsed a call by the Safeguarding Health in Conflict coalition urging the World Health Assembly to adopt a resolution passed by the Executive Board of WHO formalizing WHO’s role to document attacks on health facilities, workers, transports and patients in conflict areas (the resolution was adopted).

The Center for Strategic and International Studies, a non-profit organization headquartered in Washington, DC, released earlier this year a report authored by Dr. Leonard S. Rubenstein (Senior Scholar at the Center for Public Health and Human Rights at the Johns Hopkins Bloomberg School of Public Health and a member of the faculty at the Berman Institute of Bioethics at Johns Hopkins) entitled Protection of Health Care in Armed and Civil Conflict: Opportunities for Breakthrough.[3] In it, Dr. Rubenstein and his colleagues document the extent and consequences of attacks on health personnel, facilities and beneficiaries. Dr. Rubenstein, both in this report as well as in a statement at the US Congressional briefing on medical neutrality in March of this year[4], advocates for three practical steps that should be taken by WHO Member States and the international health and human rights communities to address this issue head-on: (1) systematic documentation and reporting of attacks on and abuse of health personnel, health infrastructure and beneficiaries; (2) the prevention of attacks on and abuse of health personnel, health infrastructure and beneficiaries (e.g., “days of tranquility”, agreements to not target but respect the neutrality of health care workers, infrastructure and beneficiaries), and (3) robust systems of accountability, with consequences for non-compliance.

As the year 2012 draws to a close, I would like to make a wish for the New Year 2013: that no health care workers and no beneficiaries are abused, kidnapped, mistreated or killed, and that no health-supporting infrastructure and services are targeted, attacked or interrupted due to armed and civil conflict. I also wish and hope that the WHO Member States and the international NGO community take concrete steps to adopt and apply Dr. Rubenstein’s three recommendations.

I also want to take this opportunity, on behalf of the World Federation of Public Health Associations, to extend to you and your loved ones a New Year 2013 full of good health, happiness, and success in your personal and professional endeavours. Let us hope and pray for a year of health and peace for all.