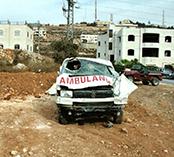 In late December 2014, the United Nations General Assembly passed what may become a landmark resolution calling for concerted and specific actions by States to protect health workers from violence and to assure patients access to health care in situations of conflict or insecurity. Although the General Assembly had previously addressed the need for protection on humanitarian aid workers, it had never before called for specific actions to protect the human right to health in all situations of conflict and violence. The resolution, grounded in both international human rights law and international humanitarian law, was sponsored by Norway and other members the Global Health and Foreign Policy Group (Brazil, France, Indonesia, Norway, Senegal, South Africa and Thailand) and co-sponsored by 62 states.

Singapore noted that the draft text "was a stark reminder of the rising violence and deliberate attacks against healthcare workers in areas of conflict" and "urged all States to take stronger action to ensure those acts were fully investigated and that impunity ended." Indeed, it comes against the background of severe violence against health workers, facilities and patients. Brutal attacks against polio vaccinators in Pakistan, indiscriminate bombing of hospitals in Iraq, killing of hundreds of health workers in Syria and interference with health workers fighting Ebola all underscored the need for international action. Less well-reported attacks against health care have recently taken place in Ukraine, the Central African Republic, South Sudan and elsewhere, and demonstrate the truly global scale of the problem, both in armed conflicts and situations of political volatility.

The resolution recognizes, too, that attacks on health care can "result in long-lasting impacts including the loss of life and human suffering, weaken the ability of health systems to deliver essential life-saving services, and produce setbacks for health development." As the Safeguarding Health in Conflict coalition demonstrated in a recent report co-authored with Human Rights Watch, attacks against health workers, infrastructure and services obstruct not only the immediate delivery of healthcare, but can have long-term consequences for a country's entire health system. Attacks against health workers can lead to the flight of much-needed medical personnel when and where they are needed most, and result in long-term health workforce shortages even when fighting ceases. The devastating long-term effects on attacks on health is perhaps most visible in Liberia: where decades of war reduced the number of health workers by 28% from pre-war numbers, and left 70% of hospitals destroyed, looted or badly vandalized. Ongoing health workforce shortages and inadequate medical infrastructure continue to be major bottlenecks to effectively mitigating the spread of the Ebola epidemic in that country.

The resolution recognizes that local health personnel "are particularly vulnerable to attacks," and "urges Member States in accordance with obligations under relevant provisions of international human rights law, including the right to the enjoyment of the highest attainable standard of physical and mental health, to promote equal access to health services and to respect and protect medical and health personnel from obstruction, threats and physical attacks." This includes actions by States and other stakeholders "to respect the integrity of medical and health personnel in carrying out their duties in line with their respective professional codes of ethics and scope of practice." The latter is especially needed in light of arrests of and threats against health workers in Syria, Bahrain, Burma, Turkey and elsewhere for having provided care to all in need.

For all these reasons, the General Assembly imposes specific responsibilities on States. Primary among them is that "Member States are responsible for ensuring the protection of the health, safety and welfare of their people and the resilience and self-reliance of the health system and access to health services which is critical for minimizing health hazards and vulnerabilities and delivering effective prevention, response and recovery in emergencies and disasters." Insecurity is no excuse for failing to provide health services and protect those who offer them.

Thus, the resolution calls upon States to take specific preventive measures to enhance and promote the safety and protection of medical and health personnel and promote respect for their respective professional codes of ethics, including those designed to end impunity. These measures include:

a) Clear and universally recognized definitions and norms for the identification and marking of medical and health personnel, transports and installations;

b) Specific and appropriate educational measures for medical and health personnel, state employees and the general population;

c) Appropriate measures for the physical protection of medical and health personnel, transports and installations;

d) Appropriate other measures, such as national legal frameworks where warranted, to effectively address violence against medical and health personnel;

e) Collection of data on obstruction, threats and physical attacks on health workers;

International organizations have responsibilities as well. Notably, the General Assembly reaffirmed World Health Assembly resolution 65.20, which requires the World Health Organization to provide leadership at the global level in developing methods for systematic collection of data on attacks on health facilities, health workers, health vehicles, and patients in complex humanitarian emergencies, in coordination with relevant United Nations bodies, other relevant actors, and the intergovernmental and nongovernmental organizations, avoiding duplication of efforts. The GA resolution also invites WHO and other international organizations to provide to promote research, provide technical assistance to Member States and develop preventive measures to promote the safety and protection of health workers, facilities and transports, and improve the resilience of health systems, including universal health coverage.

The resolution asks the Secretary General, in collaboration with WHO, to provide a report on protection of health workers, including recommendations for action and preventive measures, at the 70th session of the General Assembly.

This resolution has the potential to be a milestone in the protection of health workers and patients throughout the world. It recognizes the protection of health care as a human right everywhere, at all times, and that States must be proactive in realizing it. No longer can the international community ignore the immediate need to safeguard health for everyone, everywhere.

This post was originally published on the Humanitarian Practice Network site. Aanjalie Collure is a Communications Fellow at IntraHealth International. Leonard Rubenstein is Director of the Program on Human Rights, Health and Conflict at the Johns Hopkins Bloomberg School of Public Health and Chair of the Safeguarding Health in Conflict Coalition.