Security Council Can Do More to Protect Health Care in Conflict 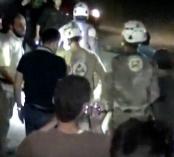 In May the UN Security Council adopted a wide-ranging resolution designed to protect health care in conflict. On September 28, under New Zealand’s leadership, it will have a briefing and consultation on the resolution, designated 2286, including consideration of the Secretary General’s extensive recommendations for its implementation.

Although Resolution 2286 was a welcomed landmark, the upcoming discussion of next steps challenges member states to take the strong actions needed to lessen the likelihood of attacks on hospitals and health workers and to impose severe consequences on perpetrators of such attacks. But the session represents more than that: After the paralysis the Security Council has exhibited in light of the horrific, relentless attack on an aid convey in Syria on September 20, the very credibility of the Council is at stake.

That atrocity was only the latest attack on hospitals and humanitarian operations since the resolution was adopted. In Syria alone, six hospitals were attacked in Aleppo Governorate at the end of July, the highest number the region experienced in a single week since the war began. Médecins Sans Frontières (MSF) reports 19 of its facilities in Syria have been attacked since Resolution 2286 was adopted. Hospitals and health workers in Yemen, Afghanistan, and elsewhere, have also been attacked in the last three months. They continue a pattern theSafeguarding Health in Conflict Coalition showed in a report issued the same month Resolution 2286 was adopted of deliberate or indiscriminate strikes on health care that kill medical workers and patients, decimate medical infrastructure, and rob countless civilians of vital medical care in no more than19 countries around the world.

So what action should the Security Council take to further the objectives of its resolution? It must first and foremost ensure civilians in Syria access to aid and medical services without fear of attack. But it needs to take steps the change the behavior of governments throughout the world over the short and intermediate term as well. Three actions in particular would advance protection.

First, the Security Council should take strong steps toward ending impunity. To begin, it should hold briefings on specific country situations and initiate fact-finding investigations where warranted. Paragraph 12 of Resolution 2286 calls for briefings by the Secretary-General on the protection of health care in conflict, including reporting of specific acts of violence against medical facilities, transports, and personnel and accountability measures taken. So the Council should immediately schedule briefings on country situations where health care is under attack, including Afghanistan, Iraq, Nigeria, South Sudan, and Yemen, as well as Syria.

The briefings should include information on investigations and accountability steps the relevant member state has taken, as the resolution calls for. Further, if it is apparent that the member state has not conducted an adequate investigation or held perpetrators accountable, consistent with recommendations made by the Secretary-General to the Security Council in August, the Security Council should commence an international investigation or commissions of inquiry and make referrals to the International Criminal Court as warranted.

Second, it should demand that governments and their militaries take actions designed to advance protection of health services–and to report on them publicly. Resolution 2286 generally called on member states to take measures to prevent attacks such as to revise domestic law to be in harmony with international obligations, to integrate protection of medical activities in military practice, and to collect data on attacks on and obstruction of health care. But the Security Council was not specific about the precise steps needed. The Secretary-General filled this gap, calling on member states to ratify relevant treaties, adopt military policies and rules of engagement designed to ensure compliance with obligations to respect and protect health care, train military personnel in such policies and rules and establish oversight mechanisms to foster compliance, collect data on violations and investigate incidents, and ensure accountability for perpetrators. The Security Council should now demand that states take these actions.

Further, Resolution 2286 contains no mechanism for states to report on preventive measures they take, which is important both to stimulate and share best practices and to hold governments to account for taking these actions. The Secretary-General recommended voluntary reporting by states on preventive measures they take. The Security Council can and should make a stronger call for state reporting.

Third, the Security Council should strengthen knowledge about attacks on health care as they occur. We have a lot of knowledge about attacks in Syria thanks to the meticulous documentation work of the NGO Physicians for Human Rights. Resolution 2286 requested the Secretary-General to ensure that UN agencies collect data on attacks and collate such data for public reporting. The Secretary-General’s letter recognized collection and public reporting of data on attacks on health services as a key element toward developing prevention measures and ending impunity.

The Security Council should therefore specifically ask the Secretary-General to take necessary steps to ensure that UN agencies that collect such data—such as the Secretary-General’s Special Representative on Children in Armed Conflict, the High Commissioner for Human Rights, and the Office for the Coordination of Humanitarian Affairs—share it with the World Health Organization, which already has a mandate from its own governing body and affirmed by the General Assembly and Security Council, for public dissemination.

Whether the Security Council takes steps such as these will reveal whether its commitment to the security of patients, doctors, nurses, emergency responders, vaccinators and other health workers extends beyond rhetoric. The answer will also reveal whether health providers have the ability to meet the needs of people suffering in fraught and violent environments.

Leonard S. Rubenstein is Director of the Program on Human Rights, Health and Conflict at the Johns Hopkins Bloomberg School of Public Health and core faculty at the Johns Hopkins Berman Institute of Bioethics. He chairs the Safeguarding Health in Conflict Coalition, a group of more than 30 international organizations that has raised awareness of global attacks on health and pressed for greater global action to protect the security of health care.

This blog post was originally published on the International Peace Institute's Global Observatory blog at https://theglobalobservatory.org/2016/09/security-council-healthcare-in-conflict/.