Sometimes Laughter Is the Only Medicine 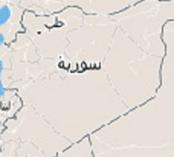 This post was originally published on Physicians for Human Rights’ blog.

Full names have not been used in this post in order to protect individuals’ security.

The severe lack of medical supplies in Syria has been well documented by both the media and humanitarian and human rights groups. Humanitarian missions are blocked, supply trucks are targeted for attack, and those attempting to move critical medical supplies into Syria put their lives at risk. There are insufficient supplies of nearly everything needed by doctors and their patients – everything except laughter. The resilient spirit of the Syrian people is nowhere more evident than in the group of doctors and lawyers I recently spent an evening with in the Middle East. Their capacity to find joy in life, even during this horrific conflict, is remarkable.

We spent four hours together, relaxing in a hotel lobby, sharing stories of our lives, looking at photos, discussing politics, and – of course – discussing the situation in Syria. It was the first chance I had to sit with this particular group, but I had previously noticed how often they laugh together in their own interactions, and I was intrigued by their light-hearted camaraderie.

They work in a hospital inside Syria, a committed team treating patients while guns and bombs erupt all around them. They have learned to distinguish between the types of falling munitions just by the sounds they hear. The night time is the worst, they tell me. Explosions blasting unseen in complete darkness is terrifying. Conversation segues to the story of a man who lost his wife, daughter, and infant son in a bombing. These doctors see the horrors of the war, including torture and sexual violence, every day, but this case was different. It brought them all to tears – even the men. Dr. S relates that witnessing the man’s grief as his infant son was initially brought back to life from the blast but subsequently died was heart-wrenching. Tears slide down my cheeks as I hear the story; I cannot imagine what it was like to be there hearing, seeing, and feeling his pain.

We all pause: me, to regain my composure, and them, because they are surprised to see me crying. They grew up hearing government propaganda characterizing Americans as cold and mechanical, and the lack of effective American response to stop the Syrian suffering has strengthened this belief among many. But now their feelings have changed. Dr. K tells me we are family – and so we are.

I ask about their colleague, Dr. M, whom I met last month but is not with us that night. They dissolve into laughter as they tell me about his various attempts to cross the border without a passport. Can I laugh along with them about harrowing stories of checkpoints, walls, bribes, and guard dogs? I am genuinely worried about Dr. M, but eventually am won over by their persistent laughter and details regarding close escapes. I laugh too. When death is so close every day, you can either laugh or cry, and these Syrians have discovered that finding those moments of laughter is the best medicine – perhaps the only medicine – to keep their spirits high and their hearts full. I look forward to many more nights of laughter with my Syrian friends and family, Insha’Allah.