In South Sudan, Mothers Are so Hungry many Can No Longer Breast-Feed 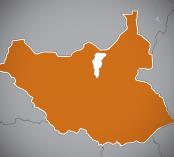 NAIROBI — Weeks after the outbreak of deadly fighting in South Sudan, aid groups say their movement is being restricted by continued violence and government checkpoints, harming their ability to get food and medicine to severely malnourished children.

“We already have an extremely serious food-insecurity crisis,” said U.N. Emergency Relief Coordinator Stephen O’Brien in an interview. “And there are many circumstances where, appallingly, this only gets worse.”

During the intense July clashes, South Sudanese government forces looted a U.N. warehouse where food for 220,000 needy people was kept, according to U.N. officials.

Humanitarian groups have reported that in parts of the country their access is limited by government checkpoints or continued fighting. Just outside the city of Wau, for example, aid workers have not been able to provide for civilian populations because of the violence.

South Sudan descended into civil war in late 2013, when a split between President Salva Kiir and Vice President Riek Machar spurred a brutal conflict that was waged largely along tribal lines. In April, Machar returned to his post as part of an internationally brokered peace deal. That appears to have crumbled recently.

Hundreds of people were killed in the fighting last month, according to the United Nations.

Now, the international community is once again trying to reconcile the warring factions — while simultaneously attempting to contain a growing humanitarian crisis.

The United Nations estimates that as many as 4.8 million people in the country face severe food shortages. It has so far been able to assist only 2.8 million.

“Humanitarian needs — including health care, access to safe drinking water and shelter — are higher in South Sudan than any other year since the conflict began,” said Ashley McLaughlin, a spokeswoman in South Sudan for the International Organization for Migration.

More than 160,000 people are living at six U.N.-run displacement camps across the country, many of them in remote locations with limited access to supplies.

O’Brien said that during a trip to South Sudan this week, he met with mothers unable to breast-feed their babies because they themselves were not getting enough food.

“It’s that sheer level of desperation,” he said.

On Thursday, the U.N. human rights chief reported that preliminary investigations into last month’s fighting have revealed large-scale abuses, including the execution of civilians based on their ethnicity and a large number of rape cases.

“We have documented at least 217 cases of sexual violence in Juba between 8 and 25 July,” said the U.N. High Commissioner for Human Rights, Zeid Ra’ad Al Hussein.

Even though violence has greatly diminished since last month, Hussein said that “tensions remain very high, and violations continue to take place in Juba and other parts of the country.”

Machar has not returned to the capital, and Kiir has replaced him and fired ministers once allied with him. Many experts and officials think that it is only a matter of time before large-scale fighting resumes between the two main factions.