Statement Encourages WHO Data Collection on Attacks on Health 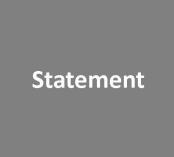 Coalition member Save the Children gave the following statement at the 140th session of the World Health Organization Executive Board:

Save the Children, supported in this statement by the Safeguarding Health in Conflict Coalition of more than 30 health, civil society and professional organizations dedicated to promoting the security of health workers and services threatened by war or civil unrest, welcomes the report by the Director-General. We called for Executive Board resolution EBSS3.R1, as a means of informing Member States of the extensive activities WHO has carried out in 47 countries including 31 acute emergencies. We encourage this important work to continue and to inform the Assembly of its activities.

We understand that the Director-General is in the final stages of completing methods for collecting data on attacks on health care in emergencies, as called for by the World Health Assembly in resolution 65.20 (2012) and reiterated in the Global Strategy on Human Resource for Health: Workforce 2030, adopted in 2016. This work is of increasing importance as the limited information on the extent and impact of such attacks shows a shocking number of assaults of nurses, doctors, medics, ambulances, and health care facilities in conflicts, with horrific consequences for patients and health workers alike. We are also encouraged by the leadership of WHO in disseminating data on attacks on health care, as called for by WHA resolution 65.20, through reports and its web-based dashboard on attacks on health care. Once collected, information on these attacks, including consequences and perpetrators, needs to be disseminated. As WHO is the first to acknowledge, collection and dissemination of data on attacks on health care requires the cooperation of WHO regional and country offices. As set out in resolutions of WHA as well in Security Council resolution 2286, Member States have a critical role to play in data collection.

We urge all these entities, including Member States, to continue to support the work of WHO in collecting and disseminating this data and cooperate with WHO in its collection.

This statement was originally posted by the World Health Organization at https://extranet.who.int/nonstateactorsstatements/meetingoutline/7.