Syria Accused of Attacks on Medical Facilities and Personnel 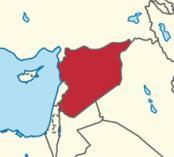 UNITED NATIONS — A New York-based human rights organization is accusing the Syrian government of flouting international law by killing health workers, bombing hospitals and blocking lifesaving aid from entering a strategic city in northern Syria that was held by the opposition groups.

In a report released Wednesday, the group, Physicians for Human Rights, chronicled 45 attacks on medical facilities in Aleppo since 2012, mostly by Syrian government forces.

The report paints a harrowing picture of the risks to those who provide basic medical services in Aleppo. A barrel bomb killed a doctor and a public health worker who were vaccinating children against polio in early 2014 — the first of 26 airstrikes on medical facilities. A trauma hospital was struck by barrel bombs four times. In some facilities, everyone moved underground, to protect themselves and their patients from airstrikes. Elsewhere, they turned off the lights at night, working in darkness, so as to go undetected.

“With such frequent attacks, physicians in Aleppo have no doubt that the government is targeting their hospitals,” the report said.

It remains unclear whether government forces have deliberately singled out medical facilities. Such attacks would constitute a war crime.

“It appears to be systematic,” said Dr. Michele Heisler, a physician and a professor at the University of Michigan Medical School in Ann Arbor and one of the authors of the report. “It’s certainly repeated.”

The report says that 95 percent of Aleppo’s doctors have fled or been killed. The group also says that Russian airstrikes have hit 10 medical facilities since the air campaign began in September.

Foreign Minister Sergey V. Lavrov of Russia on Tuesday disputed what he called “unsubstantiated accusations” that its airstrikes had violated the rules of war. Mr. Lavrov did not specifically address the allegations contained in the group’s report.

Hospitals in other war zones have also been attacked recently.

Later in October, a Doctors Without Borders hospital in Yemen wasdestroyed in one of the airstrikes carried out by a military coalition led by Saudi Arabia. It is unclear who will investigate that attack because neither the Yemeni authorities nor the Saudis have access to the area where the hospital is.

This article was crossposted from the New York Times website. It can be found in full: http://www.nytimes.com/2015/11/18/world/middleeast/syria-accused-of-attacks-on-medical-facilities-and-personnel.html?_r=0