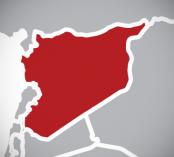 UN Should Build Case to Prosecute

(New York) – Syrian and Russian military attacks on hospitals in recent weeks during the government air campaign in the Aleppo region are causing deaths and injuries and shutting down medical facilities. The United Nations Security Council should ask the secretary-general to conduct an independent inquiry into the attacks.

Human Rights Watch documented six airstrikes by Syrian government or Russian planes on health facilities in Idlib and Aleppo over the past two weeks, all of which forced the medical facilities to temporarily shut down. The airstrikes also killed 17 civilians and wounded at least six people. According to the Syrian American Medical Society, which operates clinics and field hospitals in opposition-controlled areas, there were 43 such attacks in July, the worst month for attacks on medical facilities since the conflict in Syria began.

“Airstrikes on hospitals are becoming routine in Syria, but we have yet to see any investigation or accountability for these criminal acts,” said Nadim Houry, deputy Middle East director. “With heavy bombing continuing relentlessly in Aleppo especially, hospitals and clinics need to be treated as the sacred life-saving places they are, not as additional bombing targets.”

Human Rights Watch spoke by Whatsapp messaging to administrators of four hospitals and of a blood bank, as well as of two facilities hit on August 6, the Medecins Sans Frontiers-supported Amal Hospital in Millis, a village in Idlib province, and the hospital in Sarmin village in Idlib. All said that the facilities were clearly marked as medical facilities and that there were no armed combatants in the vicinity of the facilities at the time of the attacks.

Under international humanitarian law, medical facilities are afforded special protection, while also retaining the general protections applied to civilians and civilian structures. They should never be attacked unless they are being used for military purposes to commit acts harmful to a party to the conflict. Absent these conditions deliberate attacks on medical facilities are violations of the laws of war and could be prosecuted as war crimes.

The attacks on medical facilities also have a direct impact on the right to health for residents of northern Syria, Human Rights Watch said. A UN inquiry should identify the attackers, collect and preserve evidence for future prosecutions, and take measures to sanction those responsible.

On July 23, 2016, airstrikes struck four clinics – al-Hakim Children’s Hospital, al-Daqaq Hospital, al-Zahra’ Hospital and al-Bayan hospital – and the Central Blood Bank in Aleppo’s al-Sha`ar densely populated neighborhood. All are clearly marked as hospitals. There was no claim of responsibility from either the Syrian or Russian government.

“The rocket fell right on top of the building,” said Abu al-Motassim, head of al-Zahra’ hospital, a 24-hour medical facility for gynecological and maternity needs in Aleppo. “I can’t describe the feeling when it hit – I thought the whole building was going to collapse on our heads. It was chaos.”

The World Health Organization had said that there was only one hospital in East Aleppo still offering obstetric services, with two gynecologists handling a caseload of 30–35 deliveries per day.

According to Physicians for Human Rights, 750 medical personnel have been killed in Syria since the beginning of the conflict, 698 of them by Syrian government forces or the Russian military. According to the organization, there were 373 attacks on 265 medical facilities between March 22, 2011 and May, 2016. They said that the majority of the attacks deliberately targeted the medical facilities.

The full article continues on the Human Rights Watch website at https://www.hrw.org/news/2016/08/11/syria-government-airstrikes-closing-down-hospitals.