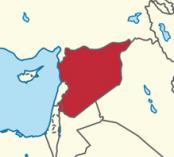 (New York) – The Syrian government has carried out hundreds of new indiscriminate attacks over the past year with air-delivered munitions, including improvised weapons such as barrel bombs. The attacks have had a devastating impact on civilians, killing or injuring thousands of people.
Human Rights Watch documented the attacks in Aleppo governorate in northern Syria and in Daraa governorate in the south based on witness statements, satellite imagery analysis, and video and photographic evidence. Although the United Nations Security Council condemned the attacks in a resolution adopted a year ago, it has not responded directly to the new wave of attacks.
“For a year, the Security Council has done nothing to stop Bashar al-Assad’s murderous air bombing campaign on rebel-held areas, which has terrorized, killed, and displaced civilians,” said Nadim Houry, deputy Middle East and North Africa director. “Amid talk of a possible temporary cessation of strikes on Aleppo, the question is whether Russia and China will finally allow the UN Security Council to impose sanctions to stop barrel bombs.”

[...] A doctor with the Aleppo City Medical Council, an independent nonprofit organization providing medical services in the city of Aleppo, told Human Rights Watch that government forces attacked some of their medical facilities using barrel bombs. He said that barrel bombs hit two well-marked hospitals in the al-Shaar and Hanano neighborhoods of Aleppo on April 13 and 21 respectively. The location of the two hospitals, whose existence predates the conflict, would be known to the government. The doctor told Human Rights Watch that the government forces began repeatedly striking hospitals with aerial attacks around January 2014 and struck hospitals that contained no military targets in Hanano, al-Sukari, al-Sakhour, and al-Shaar.

The full article continues at http://www.hrw.org/news/2015/02/24/syria-new-spate-barrel-bomb-attacks.