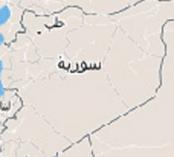 Syria Deeply spoke to locals about the Assad regime’s attacks on medical facilities across the country.

The destruction of the Busra hospital in southwestern Syria with barrel bombs last month was only the latest episode in a long series of attacks by the Assad regime on medical facilities across the country. It was one of 10 medical facilities struck by the Syrian military in June alone, according to the humanitarian group Medecins Sans Frontieres (MSF).

“Busra hospital was the only health facility providing neonatal and dialysis services in Daraa,” the group said in a statement, adding that 10 barrel bombs tore through the hospital and eventually flattened it. Already suffering from a lack of medical supplies and services, many Syrians in need of medical attention were left with no access to healthcare.

Despite the documentation by journalists and human rights groups, the Syrian president Bashar al-Assad nonetheless continues to deny that his forces have used barrel bombs.

In her late 50s, Umm Hussein suffers from kidney problems. She needs to undergo dialysis treatment at least twice a week in order to maintain her health. Because her family is from Ghasm, a town in the Daraa province, Umm Hussein used to go to the Busra hospital for treatment. “The doctors told me she won’t survive more than two weeks without dialysis,” Hussein, her son, told Syria Deeply. “I don’t know what to do.”

Hussein says that their options are limited because Jordan – the closest country to seek refuge – has closed the border. “Even if they did [let us in], we would end up in the Zaatari refugee camp, where there is no guarantee that they will be able to provide her with any treatment,” he said, referring to a Syrian refugee camp in northern Jordan.

Explaining that Umm Hussein was formerly able to visit several different medical facilities for her treatment, Hussein says that the Busra hospital was the only functioning hospital in the area for the past year. “I have no words,” he said, hopelessly. “May God take revenge on Bashar.”

Umm Hussein’s doctor, who asked Syria Deeply not to use his name, used to work at the Busra hospital. He recalled that dozens of patients received dialysis treatment at Busra each week. “We have submitted a request to international medical organizations to help us by providing us with a field hospital,” he said, “but we haven’t heard back yet.”

Explaining that Jordan often denies entry to patients who need medical treatment that cannot be provided in Syria, the doctor added: “We have to come up with a solution as soon as possible. Many of our patients will not survive another two weeks.”

Abeer, a 23-year-old mother from Daraa, is worried for the well-being of her four-month old daughter Bara, who suffers from birth asphyxia, a condition that results in oxygen deprivation. From the time she was born, Bara was in an incubator. After the hospital was bombed, however, she no longer had access to the neonatal ventilator she needs to survive. “I have no idea what to do,” Abeer told Syria Deeply. “She is my first and only baby. She’s dying before my eyes and I can’t do anything about it.”

Her husband Ziad, 26, attempted to comfort Abeer as she broke down in tears. “Only one doctor has told us that [Bara] might survive,” he told Syria Deeply, “but he said she’ll likely be paralyzed or will suffer from an intellectual disability.”

“I never imagined my daughter might suffer like this,” he added. “She is suffering and we are suffering with her.”

In many rebel-controlled areas, people struggle for access to medicine and medical care due to a shortage of supplies and doctors. In Aleppo’s Jub al-Quba neighborhood, people line up outside the Shawqi Hilal hospital hoping to see a doctor. The hospital is the only facility with dialysis treatment services in the rebel-controlled part of Aleppo.

Abu Muhammad, 60, says he visits the hospital two or three times a week for dialysis treatment. A father of 11, Abu Muhammad explained that he is forced to wait several hours each time he goes to the hospital. “It’s very crowded, as you can see,” he told Syria Deeply. “Things here are getting worse. This is the only hospital with dialysis services, but they may stop the dialysis machines because they don’t have enough energy to power all the machines.”

Tired and already behind on his treatment, Abu Muhammad explains that locals struggle to get an appointment with a doctor and many go weeks without treatment. “There isn’t another hospital to go to [nearby], so I might have to go to Turkey or Raqqa,” he said, referring to a city in northern Syria controlled by ISIS.

Umm Ali, a 38-year-old housewife and mother of two, says she often waits in line the entire day without getting a chance to see the doctor. “My health is declining is declining and I cannot wait another day or two when it’s time for dialysis,” she told Syria Deeply, explaining that her family is considering relocating to a refugee camp with better medical facilities than the rebel-controlled part of Aleppo.

According to MSF, the medical crisis and medicine shortages plaguing much of Syria have been exacerbated by the flight of doctors and medical workers from the country. “When medical facilities are forced to close, patients seek alternative health facilities, but their options are becoming fewer,” the group said in a press release. “Medical staff are fleeing and many drugs are not available.”

Meanwhile, the Assad regime’s bombs continue falling on hospitals and medical facilities at a breakneck pace. In Aleppo, nine medical buildings, including six hospitals, have been destroyed since May, MSF notes.

Imad Eddin Laham, 29, works in a medical laboratory in Aleppo. “Frankly, our hospitals are no longer suitable to take patients,” he told Syria Deeply. “Some of them are completely out of service due to shelling, and others will close down soon because of the shortage of fuel and electricity.”

“We can only take people with very critical cases,” he said.