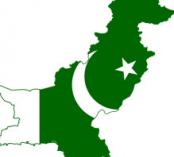 PESHAWAR, Pakistan—Naseer was pacing outside the operating room in a Peshawar hospital. Inside, surgeons were trying to extract a bullet from his wife's leg and grenade shrapnel from his son and a young relative. They had been wounded when the Taliban attacked their house.
Then Naseer's cell phone rang. "This is the Taliban. Give us $2,500 or we'll kill you and your family."
"What do you mean?" Naseer yelled. "You already tried to kill us!"
"You think bullets are free like the air?" Naseer recalls the Taliban commander saying. "That attack on your house cost us money. Pay us or we'll finish the job."
The night before, Naseer and his wife, Bibi, had gone to bed just before midnight, exhausted after three days of hauling a cooler full of polio vaccines along country roads between fields of mustard and cane, going from farm to farm giving vaccine drops to children. But Naseer and his family were jolted awake by a deafening blast. Then a second blast. Grenades.
Naseer leaped from his cot and saw through his bedroom window seven masked men jumping down from the wall that surrounds his home and rushing across the courtyard. The attackers burst into the house, firing wildly into the darkness. Then they left—luckily, without checking to see whether any of the family members were still alive.
"The Taliban told me it was because my wife and I were polio supervisors," Naseer told me when we met later in the garden of a Peshawar hotel. Naseer and Bibi are aliases. Naseer wouldn't reveal their names out of fear of more reprisals from the Taliban.
Other polio workers here haven't been as fortunate as Naseer and his wife.
During the past two years, Taliban militants have killed 63 health workers and members of the security forces assigned to protect them. Last month, there was a fresh round of attacks. In Pakistan's Khyber tribal region, gunmen wounded a polio vaccinator and killed a driver. And in the southwest province of Balochistan, four members of a vaccination team—including a health worker, a driver, and two security personnel—were abducted by the Taliban and later found shot to death.
The full article continues at http://news-beta.nationalgeographic.com/2015/03/150303-polio-pakistan-islamic-state-refugees-vaccination-health/ on the National Geographic website.
Share to: